This news story was published on December 29, 2013.
Advertise on NIT • Subscribe to NIT

Smith was also wanted on other warrants. He has been wanted on a warrant since November 19th for failing to appear in court for a contempt hearing after he allegedly violated a no contact order on November 10th. The no-contact order had been imposed by Judge Annette Boehlje in October after he plead guilty to a charge of domestic abuse assault causing bodily injury.

On November 27th, another arrest warrant was issued for Smith for failing to appear in court for a hearing on a third or subsequent offense of public intoxication, an aggravated misdemeanor.

Smith is being held in the Cerro Gordo County Jail at this time. 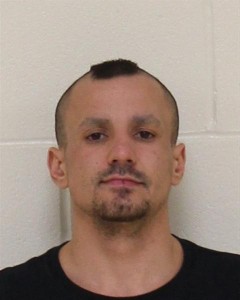