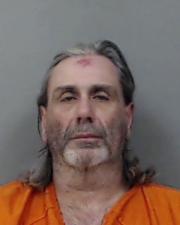 Robert Melton, 51, from Cedar Rapids, Iowa, was convicted of one count of bank robbery.

At the plea hearing, Melton admitted he entered the Solon State Bank in Ely on January 17, 2014, and gave a note to a teller demanding money and informing the teller not to do anything and nothing would happen. The teller gave Melton some cash and Melton left the bank, walked to his truck, and drove away. A witness to the robbery followed Melton as he drove away from the bank. The witness called 911 and reported Melton’s location. Law enforcement officers then stopped Melton and took him into custody.

The case is being prosecuted by Assistant United States Attorney Anthony Morfitt and was investigated by the Federal Bureau of Investigation and the Linn County Sheriff’s Office.