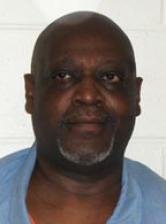 IOWA CITY – A man who murdered two Waterloo police officers in 1981 has died of natural causes at a hospital in Iowa City.

Taylor, age 60, was convicted by a jury for the murder of Waterloo police officers Michael Hoing and Wayne Rice, on July 12, 1981. Taylor died of natural causes due to complications from an aortic aneurism.

In response to T-Bone Taylor’s death, Travis Hoing, son of Michael Hoing, wrote this message on his Facebook page:

Travis Hoing
So now that the Waterloo-Cedar Falls Courier has “broken” the story, I will make my official Facebook statement.

James Michael “T-Bone” Taylor has died in prison, reportedly of natural causes (heart related). When mom called me last night, I was at the bowling alley and she told me I should sit down, she had news.

Once she told me, I was in shock. I truly do have mixed feelings on this. I’m not the type of person to rejoice when someone dies, no matter what. What I felt was relief and anger all wrapped up into one. I find myself largely troubled over these feelings. Roughly 20 years ago, I felt called to forgive him for what he has done and for 20 years, I’ve been coming to terms with that and trying to find the strength to follow my aunt’s footsteps to meet with him face to face and tell him that. Ultimately, I robbed myself of that chance. In my heart, I forgive him. God knows I forgive him and while he didn’t need my forgiveness, nor did he deserve my forgiveness, he got it. I just wish I could have done it in person.

So here’s my challenge to friends, family and anyone else who reads this. Find peace in your heart, however you must. I have seen so very many hateful posts already this morning coming from people not even involved in the situation and I have to ask one question. Why are you so angry? Why do you have so much hate?

Never pay back evil for evil to anyone. Respect what is right in the sight of all men. If possible, so far as it depends on you, be at peace with all men. Never take your own revenge, beloved, but leave room for the wrath of God, for it is written, “Vengeance is Mine, I will repay,” says the Lord. “But if your enemy is hungry, feed him, and if he is thirsty, give him a drink; for in so doing you will heap burning coals on his head.” Do not be overcome by evil, but overcome evil with good. – Romans 12:17-21

The last line is the most important. Do not be overcome by evil, but overcome evil with good. I ask you all do the same.