Trout: Absolute Waste bid for sanitation services should be rejected 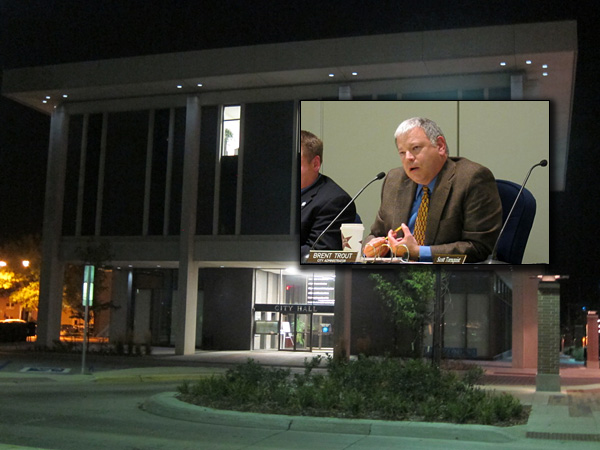 MASON CITY – The Mason City Council and Mayor will hold a work session on Tuesday, September 25th at 4 PM at City Hall, second floor conference room.  The work session will focus on considering the responses from private companies to take over sanitation services now provided by the city’s sanitation department.  The other item the council will discuss is the city’s consultant selection process.

Regarding sanitation, the City of Mason City within the last several weeks solicited RFP’s (Requests for Proposals) for its sanitation services after Mayor Eric Bookmeyer and several council members brought the idea forward this spring as part of their “managed competition” agenda.

Only Absolute Waste submitted a bid, and in a City Hall memo, City Administrator Brent Trout says the bid should be rejected because Absolute’s bid proposal is “materially different than the specific requirements of the Request for Proposal, therefore is not valid.”

In a letter to Trout and the City Council, Waste Management articulated their observation that “It is clear that the Council does not have an appetite for seriously moving forward with this issue and is content with the status quo.”  Waste Management even went on to say that “There is no doubt that the rate residents in Mason City are paying (for sanitation services) is a good rate.”  The letter also addressed other concerns about the City’s RFP.  Read the work session PACKET here to see the entire letter from Waste Management and the other waste haulers.

Trout said in the memo that “it would be inappropriate to not at least discuss the proposal in a general way with the Council.  The discussion would be beneficial to understanding the current service and the primary concerns of the contractors that submitted information.  I look forward to this discussion.”

Read the work session PACKET here for much more information (large PDF file) on the RFP from the City to the private waste haulers and their responses.

Regarding the consultant selection process, complaints about the City not considering or providing projects to “all” local engineers and architects evenly have been expressed in the past.  City staff has been directed to research a new procedure for consultant hiring.  The Council appointed Council member Scott Tornquist to act as a liaison to city staff as the item was developed.  A policy has been developed and the Council will discuss it at the work session.