This news story was published on October 23, 2021.
Advertise on NIT • Subscribe to NIT 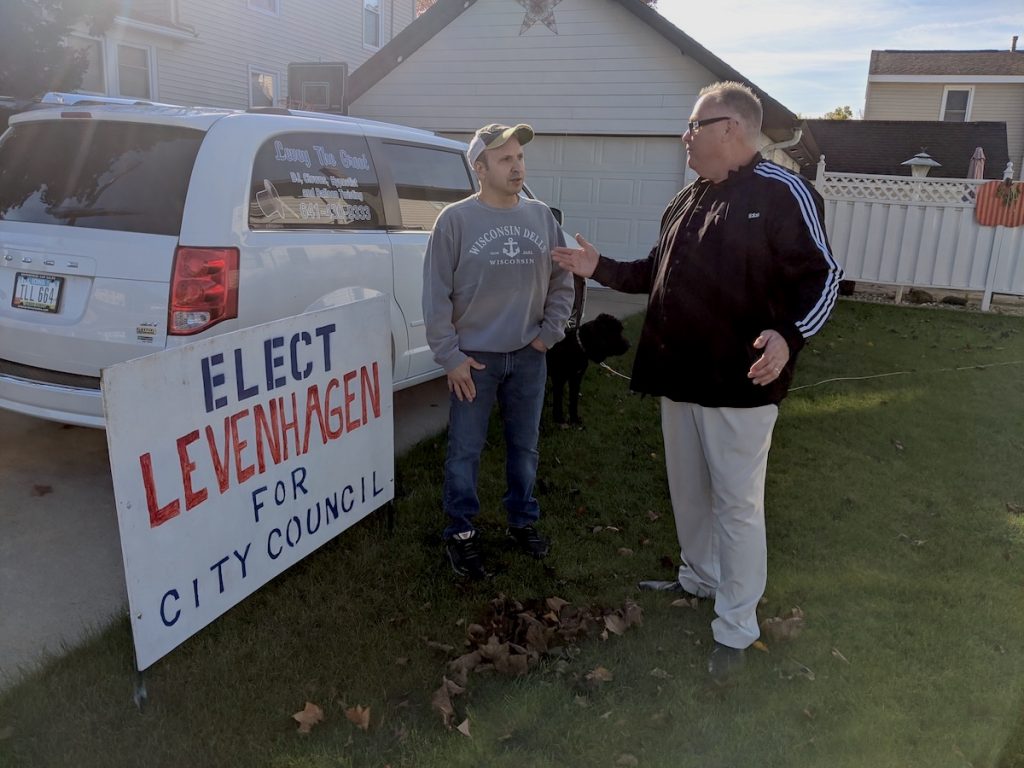 MASON CITY – It’s somewhat of an a-typical, dull election season in Mason City with only one challenger for a seat on Mason City’s City Council, but Troy Levenhagen continues to campaign for votes that he hopes will put him over the top.

Mason City has a reputation for spirited campaigns for City office.  A typical election for City Council might offer several choices – or at least one other option besides the incumbent – for each seat.  Not this year, as only the At-Large seat is being contested.

Levenhagen faces some of the common obstacles to victory a challenger may encounter: A friendly incumbent, for example, in Tom Thoma with co-council members and a mayor who are openly supporting him.  Fundraising, door-knocking, and endless phone calls to name other tough chores that are required for success.  He seems undaunted.

“I’m working hard.  I think I can and will win.  I’m experienced in so many ways.  I’m ready to serve on this council,” Levenhagen said Saturday as he knocked doors on a brisk, sunny morning.  “Voters are concerned about this ongoing hotel that never seems to get built.  So many millions involved.  I’l get to the bottom of it once I’m elected,” Levenhagen promised.

Levenhagen told NIT that in addition to traditional yard signs and radio spots coming up, he is now using social media to boost his campaign, launching a Facebook page, which can be found by clicking here.

The election is November 2.