Obama not getting enough credit for Iowa’s economy, Harkin says 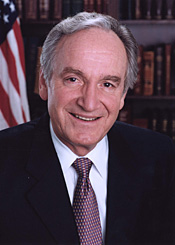 He didn’t say the Iowa economy is “doing fine,” but Sen. Tom Harkin thinks President Obama is not getting enough credit for the state being in “pretty good shape.”

“He should get a lot of credit for it,” Harkin said Friday.

However, the five-term Democrat isn’t sure that will be enough to guarantee Obama a second term.

In his weekly conference call with reporters, Harkin drew an analogy to Democratic Gov. Chet Culver’s unsuccessful re-election bid in 2010.

“Iowa was in pretty good shape, quite frankly,” he said. Culver “had done a pretty good job” of helping the state recover from crippling floods in 2008 and had expanded preschool while maintaining a balanced budget and building a budget surplus, Harkin said.

“And yet, the campaign against him was that Iowa was in bad shape,” Harkin said.

“Whatever they can do to beat up on Obama, they will do,” Harkin said. “That’s what Romney is about.”

What the president has been about for Iowa has been support for export markets and biofuels production, both of which have been a “tremendous boon to our Iowa economy,” Harkin said.

“I wouldn’t be to the point of saying he’s responsible for all that, but the policies the president has put in place have led to some pretty good prosperity in agriculture,” Harkin said.

Whether the economy is doing well in Iowa or not doing as well as someplace else won’t be the only issue in the November election, Harkin said.

“I think people want to know, ‘What will my future will be like?’” he said. “How will it be different if you’re in or if the other person is in?”

So while voters don’t necessarily reward past performance, the president’s vision will be an advantage in the campaign.

Romney offers the “view of a person born to wealth and power,” Harkin said, noting Romney’s father was a governor and head of General Motors. “Mitt Romney never had to worry about anything.”

“His America, his view of what’s happening in America, is much, much different than my view,” Harkin said. “I had a different pathway. I see American very differently than does Romney and so does Barack Obama.

Voters, he said, “want to know what you’re going to do. That’s what’s going to come out in this campaign.”