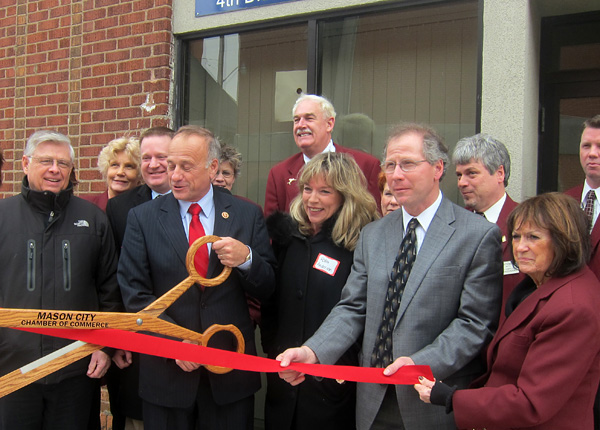 Des Moines, Iowa — During a “firestorm” of criticism over his latest controversial comments, thousands of Iowans and Americans have petitioned for the removal of Congressman Steve King from his position on the House Judiciary Subcommittee on Immigration Policy and Border Security. After learning of King’s remarks, one of his constituents, Jodi O’Donnell, a volunteer for Progress Iowa, started a petition on CREDO’s member generated petition site calling on him to be removed from the subcommittee.

“Steve King is an embarrassment to every Iowan he claims to represent,” said Jodi O’Donnell, who started the online petition. “I hope people know that his hateful language is not how most Iowans feel. He should be removed immediately from his important seat influencing immigration policy.”

“It’s time for House leadership to do more than condemn Steve King – it’s time for them to take action,” said Matt Sinovic, executive director of Progress Iowa. “King needs to be as far away from immigration policy as possible. If Speaker Boehner truly believes as most Iowans and Americans do, that King’s language is hateful, then he should have no problem removing him from a seat where his hateful attitude can influence public policy.”

“Remove Rep. Steve King from his seat on the House Judiciary Subcommittee on Immigration Policy and Border Security now. His hateful characterization of immigrants as criminal drug smugglers and his continued extremism don’t reflect the views of a majority of Americans — nor his constituents in Iowa. It’s time to show your commitment to real immigration reform by removing him from his position.”

In an interview with Newsmax, King slandered young immigrants who would be eligible for citizenship under the DREAM Act stating that “For everyone who’s a valedictorian, there’s another 100 out there that weigh 130 pounds and they’ve got calves the size of cantaloupes because they’re hauling 75 pounds of marijuana across the desert.” Speaker of the House John Boehner responded by suggesting King’s comments were out of bounds, stating “There can be honest disagreements about policy without using hateful language. Everyone needs to remember that.” And Judiciary Chairman Bob Goodlatte, R-Va., suggested on Tuesday that “we as a nation should allow this group of young people to stay in the U.S. legally.”

Despite mounting criticism, King has shown no remorse and refused to back down. In an interview with Radio Iowa’s O. Kay Henderson on July 24th, King said, “It’s not something that I’m making up. This is real,” and responded to critics by saying “it’s enough for anybody to be offended these days. They apparently don’t have to use their brain.”

After O’Donnell started the online petition, more than 10,000 had signed during its first 24 hours. For the full petition site, visit: http://org.credoaction.com/petitions/tell-house-leadership-remove-steve-king-from-immigration-subcommittee

Subcommittee on Immigration and Border Security

The Subcommittee on Immigration and Border Security shall have jurisdiction over the following subject matters:
immigration and naturalization, border security, admission of refugees, treaties, conventions and international agreements, claims against the United States, Federal charters of incorporation, private immigration and claims bills, nonborder immigration enforcement, other appropriate matters as referred by the Chairman, and relevant oversight.