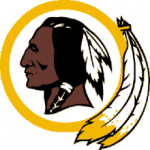 WASHINGTON – Native Americans won a big round Wednesday in their fight against the Washington Redskins pro football team and their moniker which many find to be offensive.

The Blackhorse v. Pro Football, Inc. decision of the Trademark Trial and Appeal Board (TTAB or “Board”) today resolved the joint petition filed at the U.S. Patent and Trademark Office (USPTO) by five Native Americans, who sought cancellation of six federal registrations for trademarks that include the term “Redskins.”

The TTAB — an independent administrative tribunal within the USPTO — has determined, based on the evidence presented by the parties and on applicable law, that the Blackhorse petitioners carried their burden of proof. By a preponderance of the evidence, the petitioners established that the term “Redskins” was disparaging of Native Americans, when used in relation to professional football services, at the times the various registrations involved in the cancellation proceeding were issued. Thus, in accordance with applicable law, the federal registrations for the “Redskins” trademarks involved in this proceeding must be cancelled.

Pro Football. Inc., the respondent and owner of the involved registrations, had asserted as a defense that the petitioners should have been barred from seeking cancellation because the registrations have existed for so long, and been the subject of significant investment. But the TTAB found the defense inapplicable as to the petitioners in this case.

This decision by the TTAB does not necessarily put an end to the larger dispute between the parties, as Pro Football, Inc. may seek review by a federal court of today’s decision. The registrations will remain “on the federal register of marks” and not be listed in the USPTO’s records as “cancelled” until after any judicial review is completed.