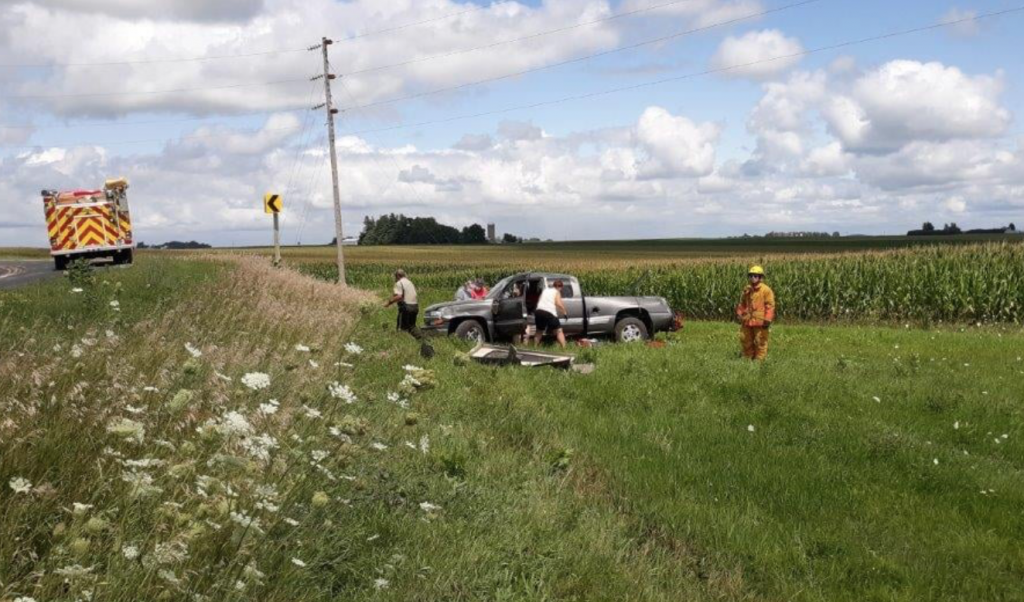 RURAL FAYETTE COUNTY, IOWA – A Belmond woman was hurt in an auto crash in Fayette county

On August 2, 2020 at 1:28 PM, the Fayette County Sheriff’s Office took a 911 call reporting a vehicle rollover with two occupants at the intersection of Scenic Road and T Avenue. An investigation determined that 53-year-old Eileen Marie Richards of Belmond, Iowa was operating a 1999 Chevrolet Silverado eastbound on Scenic Road. As she was attempting a negotiate a left hand curve, she lost control of the vehicle. The vehicle entered the east ditch, overturned and came to a final stop upright. Richards and a passenger were transported to Winneshiek Medical Center in Decorah for non-life threatening injuries.

The vehicle is considered a total loss.