Alvin Lavon Rex, age 61, from Schaller, Iowa, has been charged with one count of mail fraud.­ The charge is contained in a criminal complaint unsealed today in United States District Court in Sioux City.

The complaint alleges that, in about May 2020, Rex received approximately $19,000 in deposits in his account at a bank in Storm Lake. The deposits were moneys received from unemployment claims made in Massachusetts and Arizona. The complaint further alleges that Rex then made a series of cash withdrawals from his account and mailed the cash to at least one other person in Maryland.

On March 27, 2020, the President signed into law the CARES Act, which provides emergency assistance to individuals, families, and businesses affected by the COVID-19 pandemic. The CARES Act includes a provision of temporary benefits for individuals who have exhausted their entitlement to regular unemployment compensation, as well as coverage for individuals who are not eligible for regular unemployment compensation, are self-employed, or have limited recent work history. The Complaint alleges that Rex received unemployment funds in the names of other individuals in Massachusetts and Arizona, which included Federal Pandemic Unemployment Compensation Benefits (FPUC) of an additional $600 per week claimed, pursuant to Section 2104 of the CARES Act.

If convicted, Rex faces a possible maximum sentence of 20 years’ imprisonment, a $250,000 fine, and three years of supervised release following any imprisonment.­ 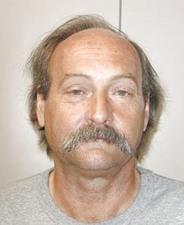