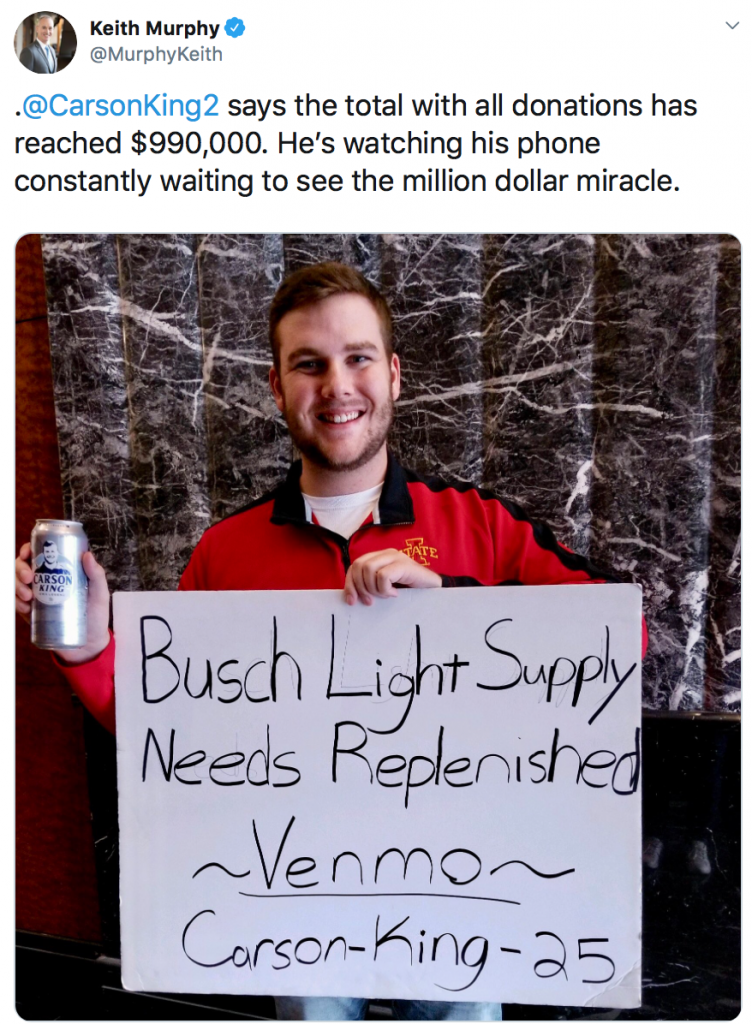 The text of the proclamation can be found below:

WHEREAS, volunteerism and selflessness defines Iowans by nature. Because in Iowa, individuals like Carson King demonstrate how Iowa Nice isn’t just a slogan, but our way of life; and

WHEREAS, Carson King can showcase who we are as a people, not only by selflessly donating to a worthy cause, but spreading the message of generosity. Because of his efforts, over $1 million and counting has gone towards the renowned University of Iowa Stead Family Children’s Hospital in Iowa City; and

WHEREAS, Carson King continues to be a force for change, stating he’s working to raise $2 million for the hospital before September 30th; and

WHEREAS, the Carson King Story embodies a young man’s ability to help a cause greater than himself and can serve as a model for others to follow; and

NOW, THEREFORE, I, Kim Reynolds, Governor of the State of Iowa, do hereby proclaim September 28th, 2019 as Carson King Day in the State of Iowa and thank him for his contributions to the University of Iowa Stead Family Children’s Hospital, Iowa children, and their families.

King helped raise over a million dollars for a children’s hospital in Iowa City after he held up a sign asking for beer money at last week’s Iowa versus Iowa State football game. Busch beer announced they would match his contributions once he declared all the money he raised would go to the hospital. Then, King was dropped by Busch once a Des Moines Register reported dug into King’s past tweets when the man was 16-years-old and reported on some controversial posts. The social media uproar against Busch and the Register reporter has prompted actions like the Governor’s, in favor of King.