Tornquist partially reveals relationships with Metalcraft owners, votes for up to $775,000 in incentives anyway 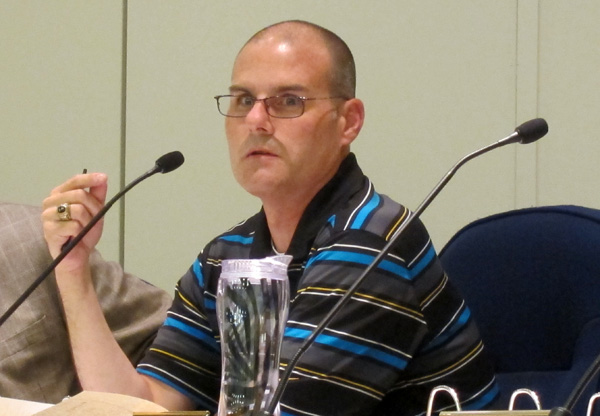 MASON CITY – At-large councilman Scott Tornquist partially revealed long-standing personal relationships with the owners of Metalcraft at Tuesday night’s council meeting before voting “yes” on an incentive plan that could be worth as much as $775,000 for the company.

“For the benefit of my colleagues, and that I might avoid a potential problem for myself,” Tornquist said, “I want to disclose that I have a personal relationship with both owners,” of Metalcraft.  (See YOUTUBE video below for more.)

Tornquist said that Doerfler lives directly next door to him in the Asbury neighborhood and have been neighbors for 19 years.

Tornquist only said of Peterson that they have attended the same church since about 1997.  “So we’ve been friends for 15 years.”

“I just want to share that with you all,” Tornquist said to the rest of the council, never indicating that he was addressing the public specifically with the information.

What Tornquist neglected to mention was that Peterson was the Treasurer for Tornquist’s council election campaign during the 2003 election and another campaign in 2007.

Metalcraft will construct a new 47,000 square foot facility on 9th Street SW near Menard’s.  More on that story later.