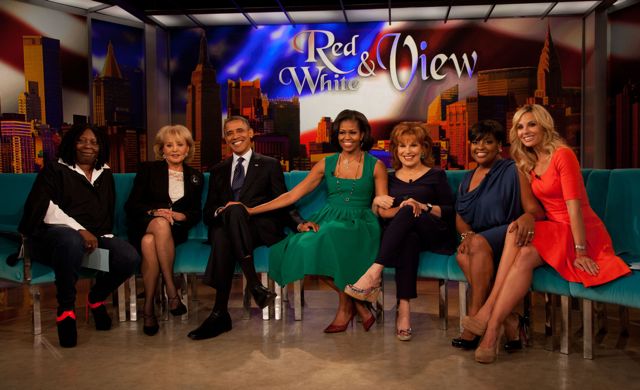 NEW YORK — President Barack Obama said the attack on a U.S. Consulate in Libya was more than just a “mob action,” but stopped short of labeling the deadly assault in Benghazi as terrorism.

“There’s no doubt that the kind of weapons that were used, the ongoing assault, that it wasn’t just a mob action,” Obama said in an interview on ABC’s “The View.” “What’s clear is that, around the world, there are still a lot of threats out there.”

The White House was slow to put the “terrorism” label on the attack that led to the death of four Americans, leading some to suggest the administration was downplaying the severity and importance of the incident. White House officials initially emphasized that the attack was a reaction to an anti-Islamic video posted online.

But White House spokesman Jay Carney last week called it “self-evident” that the attack was terrorism. Carney said investigators are still determining whether the attack, which took place on Sept. 11, was planned in advance.

On Monday, Obama offered no new insight on that probe.

“The overwhelming majority of Muslims, they want the same things that families here want. They want opportunity, kids want an education, they want jobs, they want peace. But there are extremist strains that are there,” he said. “There’s never an excuse for violence.”

The president and first lady Michelle Obama sat for the interview Monday afternoon before the president was due to attend a welcome reception for world leaders attending a meeting of the United Nations. The interview is slated to be aired Tuesday.

The first lady talked about her marriage, calling her husband “very loving” and “very open.”

0 0 votes
Article Rating
Subscribe
Login
0 Comments
Inline Feedbacks
View all comments
PrevPreviousDisplaced Haitians will be allowed to stay in US an extra 18 months
NextCuriosity reaches out on Mars, touches a rock named JakeNext