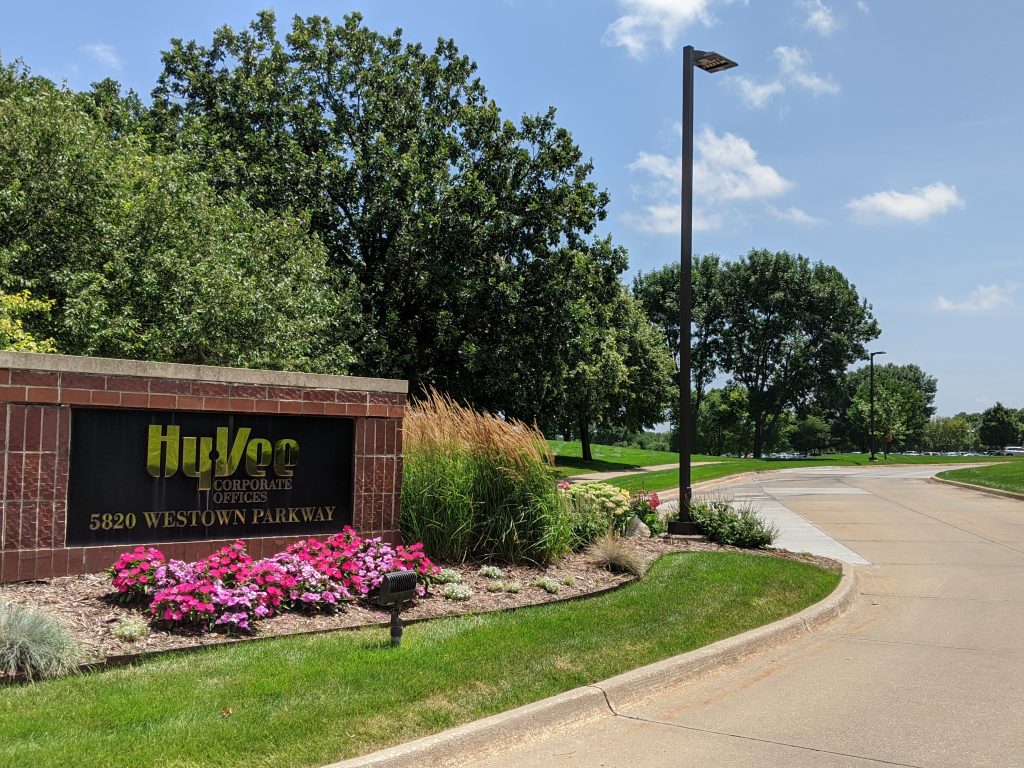 WEST DES MOINES – Hy-Vee Chairman and CEO Randy Edeker named Aaron Wiese as Hy-Vee’s next CEO, effective Oct. 1, 2022. Wiese is currently vice chairman of Hy-Vee, Inc. and president of the company’s supply chain and subsidiaries. Jeremy Gosch will remain as president and chief operating officer of Hy-Vee, overseeing all of the retail operations for the business.

“Both Aaron and Jeremy have been trusted leaders of our executive team for many years, and I am thankful for the leadership they continue to provide our great company,” said Randy Edeker, chairman of the board and CEO of Hy-Vee. “With this announcement, I can continue to focus on Hy-Vee’s strategy and evolution in today’s changing environment while Jeremy can focus on overseeing our stores and Aaron can focus on the day-to-day operations of the overall company.”

Aaron Wiese
Aaron Wiese started his Hy-Vee career in 1993 while in college. After graduating, he served in various operations leadership roles. In 2012, Wiese joined Hy-Vee’s executive staff as director, real estate strategic planning, and in 2013 became director, health/wellness strategic planning. In 2014, he was promoted to assistant vice president, specialty pharmacy, and then vice president, business development, at Amber Specialty Pharmacy. Over the next six years, Wiese was instrumental in leading multiple facets of Hy-Vee’s health and wellness division, as well as serving as president of Hy-Vee subsidiary Amber Specialty Pharmacy for several years. He was promoted to the executive vice president level in December 2020, and became president of digital growth and co-chief operating officer in April 2021. He was promoted to his current position in December 2021.

Wiese attended Washington High School in Cherokee, Iowa, and received his bachelor’s degree in political science from the University of Northern Iowa.

“Aaron is ready to help me lead the company as chief executive officer,” Edeker said. “He has a strong vision for the total breadth of our company and is extremely knowledgeable in many areas. With Aaron as CEO, Hy-Vee continues to be positioned for incredible growth and innovation.”

Gosch graduated from Aplington-Parkersburg Community High School in Parkersburg, Iowa, and earned his bachelor’s degree in finance from the University of Iowa. Gosch is only the fifth president in Hy-Vee’s 92-year history.

“Jeremy has incredible knowledge of our retail business and has a strong sense of urgency to meet the challenging times we live in today,” said Edeker. “He has a great understanding of how we need to continue to evolve our company to grow, which will keep us on a path toward continued success as one of the best grocers in the U.S.”