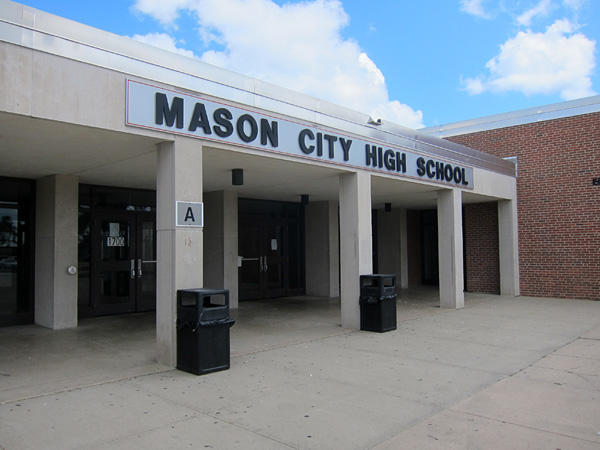 Sources are now following up today with NIT with reports that the Mason City High School homecoming dance went bad.

NIT is told by several sources that as some students were attempting to “grind” (a provocative style of dance) at the homecoming dance on the dance floor that chaperones or teachers asked the students to stop.

Sources say that students defiantly continued to “grind” and the music was turned off and the lights turned on in the cafeteria where the dance was held.  Students reluctantly stopped and many then left.  NIT is told that on their way out, these students proceeded to “tear down decorations” and “pop balloons” as they then headed for the MCHS parking lots where they resumed their “grinding.”

There were reports today that some students and even some teachers were in tears after the behavior of this group of students.

Our sources also indicated that once the students left the MCHS parking lots they went to other locations, like the Hy-Vee East parking lot and continued to “grind” there.

UPDATE: Mason City School District Superintendent Anita Micich explained Monday that “The following information was in TJ Jumper’s information to families regarding homecoming.  We did not experience vandalism.  The decorations he speaks of included balloons and crepe paper.

‘As they were leaving, they decided to tear down the decorations that student senate members spent most of day hanging up.'”

This incident culminated a weekend where the Mason City football team fell to 0-5 after losing to Fort Dodge; students took to the parks and yards of Mason City Friday night (it was said some had crowbars and threatened adults) as police used loudspeakers and other law enforcement techniques to disperse them; and an MCHS student was seen in the homecoming parade wearing a t-shirt that said “enjoy vagina” on it.

More information as it becomes available.

Many times I have the opportunity to share the great student achievements and all the exciting things that occur at MCHS. Unfortunately, this email is not one of those as it is one of disappointment related to actions by a group of students. Tonight at the homecoming dance, students were asked to stop doing a dance move that many know by “grinding.” This request came from the DJ a couple of times and by chaperones. After several attempts, a chaperone turned on the lights and the DJ cut the music for a short period of time. Once the music started again and lights were being turned back off, a group of students decided the dance would no longer be fun and left around 8:30 P.M. As they were leaving, they decided to tear down the decorations that student senate members spent most of day hanging up. It is unfortunate that this group of students jumped to conclusions and did not talk with administrators or staff members before leaving. A few students who did not know what was going on decided to follow and leave as well. At no time did administrators, faculty, or chaperones ask students to leave. Once a student leaves they are no longer allowed to come back into the dance.

This was an unfortunate start to the homecoming dance especially after having such a great homecoming week leading up to it, but for those that stayed (approximately 500 students) it appeared they were having a great time. As a school community we want our students to enjoy student gatherings, but we also expect them to follow high expectations. As a community, we want our students to make the right decisions, think for themselves, be responsible for their behaviors, be leaders, and to think through decisions before actions are taken. We as adults all have a collective responsibility to continue working with our students on these actions and characteristics.
I would like to personally thank the chaperones, the staff members, and the student senate members for the time they spent in preparing for the homecoming dance as all them were volunteers.