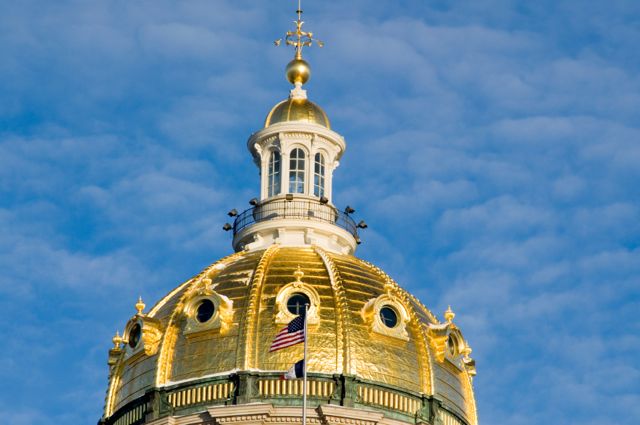 Senate majority leader Mike Gronstal said today in his opening address that “In recent years, we’ve kept the focus on bread-and-butter issues that matter most to Iowans: jobs, education, and health care.  As the Senate Majority Leader, I will work to continue that focus.”

At the same time Monday, Governor Terry Branstad introduced an education reform package that he says “will bring Iowa closer to its goal of providing a world-class education to all children.”

One of Branstad’s other goals is commercial property tax reduction.

Representative Sharon Steckman of Mason City said Sunday that “Lawmakers are pledging cooperation to grow Iowa’s economy and strengthen the middle class when the 2013 legislative session begins on Monday.”

Senator Amanda Ragan of Mason City echoed those words on Monday, saying that her “top goal for this session is to grow Iowa’s middle class and make it more secure.”

Representative Linda Upmeyer said last week that she “will continue to focus on Iowans’ priorities – crafting an efficient and effective state budget that does not spend more than the state takes in (ongoing revenue), does not use one-time money for ongoing expenses, and does not intentionally underfund our commitments simply to deal with them down the road.  I will also continue to work on reducing the tax and regulatory burden on the hardworking taxpayers of Iowa, as well as putting people back to work by supporting policies that promote quality job creation.”

The Iowa Legislature will consider a wide range of bills, including a bill that would require any person convicted of or receiving a deferred judgment for an aggravated misdemeanor to submit a DNA sample.  One Iowa lawmaker wants to introduce legislation that would bring the death penalty back to the state.

In Senate Majority Leader Mike Gronstal’s opening address, he stressed the need for a solution to Iowa’s skill shortage through education reform.   Iowa is just one of three states that provides no support for adult education.  Watch video:

Pam Jochum of Dubuque began her duties as president of the Iowa Senate Monday after being sworn in.  Jochum is only the second woman to serve as Iowa Senate president.  In Jochum’s opening address, she spoke of the need to reform the healthcare system in Iowa.