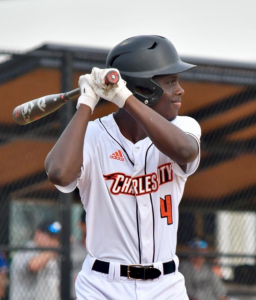 CHARLES CITY – A Charles City mother whose son was subjected to racist taunts at a baseball game by persons connected to Waverly-Shell Rock schools is furious after a “watered-down apology” and a possible flimsy investigation.

Keisha M. Cunnings of Charles City has led a steady response to an appalling situation that took place at a recent high school baseball game this season between Charles City and Waverley-Shell Rock in which her son, Jeremiah, was competing.  Allegedly, fans of W-SR yelled taunts at the young man, including calling him Colin Kaepernick, hurling pro-Donald Trump chants and that he should have been George Floyd.

The Charles City School District soon released a response to the incident, saying in part, “During a recent away athletic contest one of our African-Amercian players endured several bigoted comments yelled from the crowd. This included, “Get back to the fields!” and “You’re only here because of George Floyd.” Sadly, this has been a pattern of behavior that our students of color have had to endure in many different places and contexts and is part of their daily experience.  This is unacceptable.”

The ongoing saga and fallout from this incident has been overwhelmingly supportive of Jeremiah, with many Iowans and famous people and organizations expressing their dismay at what took place and urging Jeremiah to keep going and play hard.

The latest information released is a response from the Waverly school district including what they claim was an investigation that won’t be released publicly. Keisha M. Cunnings responded to Waverly’s investigation: 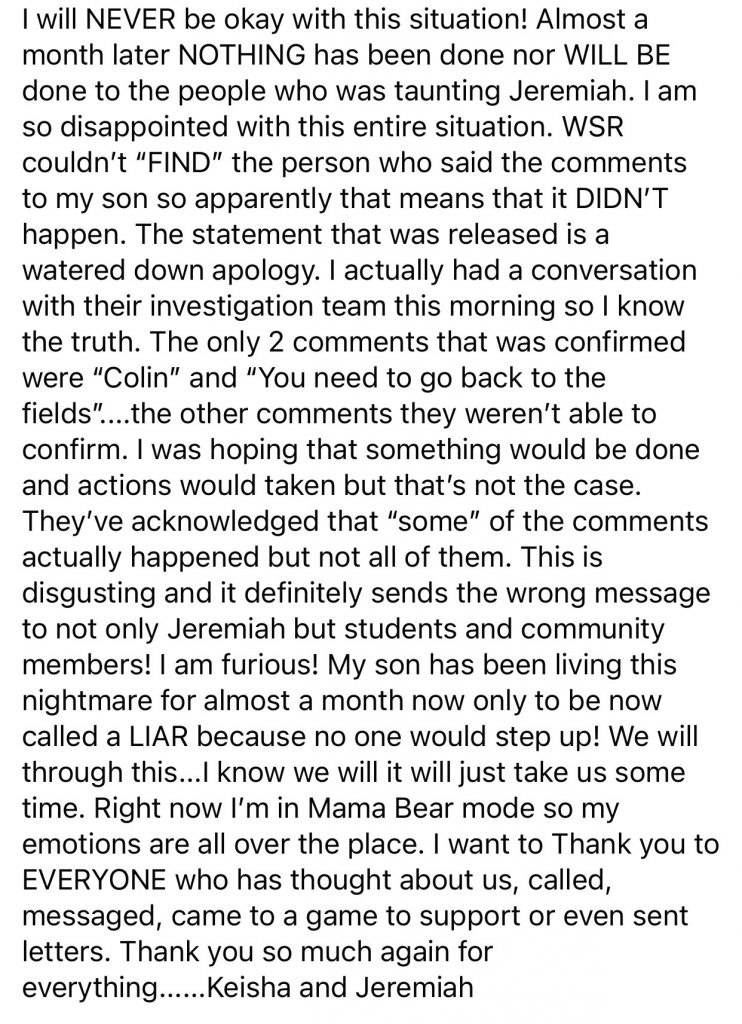 The Des Moines Register has also reported that Charles City has requested at least a year away from competing with Waverly in sports.