HAMPTON – Hampton-Dumont High School sent letters out with the students, Tuesday, February 21, with the understanding that they would give it to their parents.

The purpose of the letter was to make the students and parents aware of the upcoming plan of allowing a sex offender student to start attending Hampton-Dumont High School. 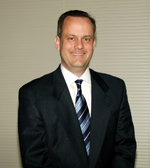 Information from the Iowa Sex Offender Registry for Dumont says that Aaron Craig Meyer (pictured, below), age 16, was convicted on October 7, 2010 of Sexual Abuse 2nd Degree.

“I am not sure of the actual date the student will be coming back,” said Lettow.  He could not comment on the student.

Talking with several parents about their thoughts on this plan, most had mixed feelings.  “We’ve never had to deal with anything like this before,” said one parent.

Some parents would hate to see this boy singled out.  That’s he’s been through the correct systems and done his time.  “He’s trying to start over with a clean slate.”

At the same time, some fear that it might happen again.

“I’m okay with it right now,” said another parent. “Yes, he should get a second chance.”

Sexual Abuse in the Second Degree in Iowa is a class “B” felony under Chapter 709 Sexual Abuse.  It is defined as, during the commission of sexual abuse the person displays in a threatening manner a dangerous weapon, or uses or threatens to use force creating a substantial risk of death or serious injury to any person.  The other person is under the age of twelve.  The person is aided or abetted by one or more persons and the sex act is committed by force or against the will of the other person against whom the sex act is committed.