Feds to request public input on how the U.S. government can prevent family separations at the Southern border 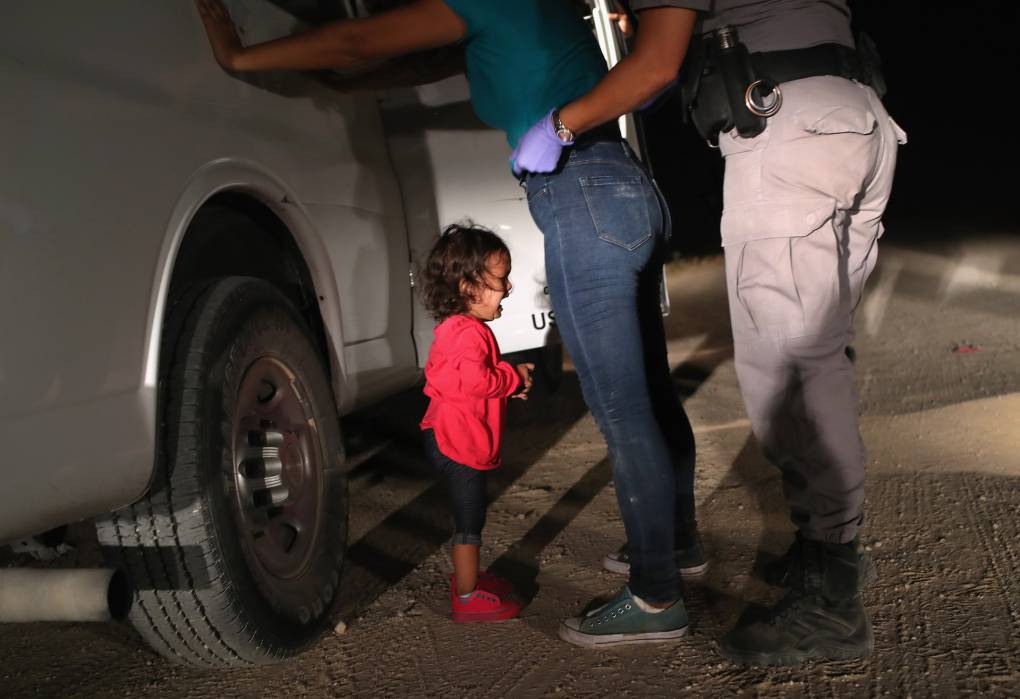 A 2-year-old Honduran asylum-seeker cries as her mother is searched and detained near the U.S.-Mexico border on June 12, 2018, in McAllen, Texas. The asylum-seekers had rafted across the Rio Grande from Mexico and were detained by U.S. Border Patrol agents before being sent to a processing center for possible separation. (John Moore/Getty Images)

WASHINGTON — The Department of Homeland Security (DHS) today announced its request that the public provide recommendations on how to permanently protect against the prior administration’s practice (Donald Trump) of intentionally separating families at the border to deter others from migrating to the United States.

“It is unconscionable to separate children from their parents as a means to deter migration,” said Secretary Mayorkas.  “I have met with separated families and heard firsthand of the immense trauma they have suffered.  We have an obligation to reunite separated families and ensure this cruel practice never happens again.”

The Request for Public Input will publish in the Federal Register on Friday, December 10.  Comments will be accepted for 30 days until January 10, 2022.  Individuals may submit comments by following the instructions in the Federal Register notice.  Public feedback will be used to help develop recommendations to President Biden on how to prevent the Federal Government from implementing in the future the cruel and inhumane practice of intentionally separating families at the border as a tool of deterrence.

President Biden issued an Executive Order in February 2021 establishing the Interagency Task Force on the Reunification of Families.  The Task Force, in coordination with non-governmental organizations and interagency partners, has established a process to identify families separated under the prior administration’s Zero-Tolerance policy—pursuant to which families were intentionally separated—and reunify them in the United States.  Families reunified in the United States, or those seeking to enter the United States for the purposes of reunification, are eligible for humanitarian parole and to receive support services.

7 Responses to Feds to request public input on how the U.S. government can prevent family separations at the Southern border