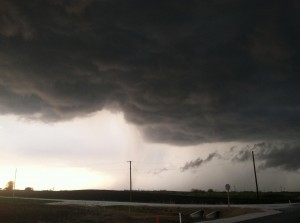 DES MOINES — The end of September brought the 2021 Water Year to a close, and drought conditions have not improved significantly as the state moves into fall.

The “Water Year” is defined as the period between Oct. 1 and Sept. 30, a period of time used because precipitation that falls after Oct. 1 tends to benefit the next growing season. The 2021 Water Year ended on Sept. 30, and Iowa’s preliminary precipitation total for the 12-month period was 29.15 inches, or 6.53 inches below normal.

Most rain gauges in the state reported precipitation deficits for the water year, with some stations in north-central Iowa seeing deficits of 12 inches to 15 inches during the last 12 months. Only stations in extreme southeast Iowa recorded surplus precipitation. Current drought conditions in Iowa are still concerning, with 18 percent of the state rated in Severe Drought, and a total of 75 percent of the state in some form of dryness or drought.

Average streamflow was below average for much of the last 12 months, with some areas setting above-normal flow for short periods of time throughout the year. Soil moisture and shallow groundwater levels have been low in some parts of the state for much of the water year, with timely rainfall helping to avoid water shortages during times of concern.

“The 2021 Water Year ended with less precipitation across the state than the 2020 Water Year, which is not where we wanted to be,” said Tim Hall, Hydrology Resources Coordinator for the Iowa Department of Natural Resources. “We are hoping for wet weather this fall to replenish soil moisture and shallow groundwater levels. If we don’t see normal to above normal rainfall before the ground freezes we could start 2022 in a difficult position.”

For a thorough review of Iowa’s water resource trends, go to iowadnr.gov/WaterSummaryUpdate.