MASON CITY – A potentially tantalizing and explosive audit of Mason City schools is set to be released soon to the county attorney’s office.

A copy of the reaudit report will be available upon its release in the Mason City Schools Administrative Center, the Cerro Gordo County Attorney’s Office, the Iowa Department of Education, the Office of Auditor of State, and on the State of Iowa Auditor of State website at https://auditor.iowa.gov/reports/1530-4131-TOOZ.

The Mason City Community School District Board of Education will meet in regular session on Monday, August 21, 2017, in the Board Room of the Administrative Center located at 1515 S. Pennsylvania Ave., at 5:30 p.m. The Board will discuss the reaudit report in open session at this meeting and welcomes questions and comments from the public during the Open Forum section of the meeting. 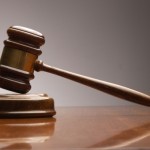 As NIT previously reported, a now-former finance director, John Berg, was let go by the district after questions were raised about his salary.  How deep the rabbit hole goes is not immediately clear to the public, but some say other persons could be implicated in questionable deeds.

A source tells NIT that “I think it is important to note that the re-audit is being released from the state auditor office to the Cerro Gordo county attorney.”

Presumably, the county attorney would scrutinize the audit for potential criminal charges against any persons who committed unlawful acts.  NIT has been made aware that at least one document was signed electronically without the school board’s approval, giving an employee an unauthorized pay boost.