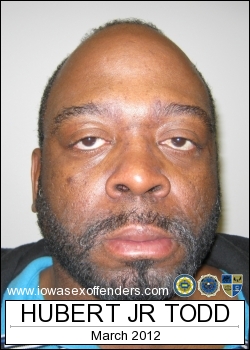 Hubert Todd Junior, age 49, had appealed his convictions for domestic abuse assault and criminal mischief in the third degree.

According to court documents, the victim – Todd’s wife – had re-canted much of her testimony which helped convict him. Todd claimed that there wasn’t sufficient evidence does not support either conviction.

The court, however, concluded that sufficient evidence supports Todd’s convictions, saying that the wife’s statements were properly admitted under the excited utterance exception to the hearsay rules, and the officers were qualified to testify as lay witnesses regarding the appearance of red welts on the wife’s neck.

Documents show that in early March 2010, Todd arrived at the residence of his estranged wife, Lola Todd (Lola). He was agitated and claimed he wanted to fight a man who had chased him to the house. Lola and Todd began to argue, Todd broke various pieces of furniture, including a glass coffee table, a curio cabinet and a television, and he pushed Lola, causing a red mark on her neck. Lola called the police, and Officers Spencer Gann and Eddie Savage arrived on the scene.

Lola and Todd’s adult daughter, Sharkarra Todd (Sharkarra), was also present. She stated she saw Todd push Lola. At trial, the officers testified they arrived and witnessed an argument in progress. They observed broken furniture and that the television had fallen on Sharkarra’s foot. They testified as to Lola’s on-the-scene statement that Todd had grabbed her by her throat and shoved her and that they had observed a red puffy welt on the side of Lola’s neck.

A bench trial was held on September 2, 2010, and Todd was found guilty of domestic abuse assault and criminal mischief.

Hubert Todd, Jr. is a convicted sex offender. He was convicted of sexual abuse in the 3rd degree against a female victim under the age of 14.