MASON CITY – Emails obtained via public records request between top Mason City school district board directors and administrators have been released, and new light is being shed on possible malfeasance involving highly-paid administrators.

On May 20, 2017, school board member Jodi Draper began to investigate a possible issue with school district Finance Director John Berg, according to an email trail submitted to NIT after a public records request.

NIT is learning that there could be thousands of dollars more unaccounted for. Berg, according to documents, has “a 2 year general degree with certificate in accounting.”  Berg was placed on paid administrative leave earlier this month due to questions about his salary.

One school board member, Lorrie Lala, said in one document released to NIT that she’s “almost sick about this. I personally had a mission to prevent these crazy increases in salary over a short amount of time. Is this how the large increases happened before, without board approval?

“We should all be angry.”

NIT has learned that now-former Interim School District Administrator Mike Penca was orchestrating a behind-the-scenes pay increase for Berg from $65,000 to $75,000 – an increase that never came to pass, officially (more to come on this particular issue). One email NIT has perused says “Mike wanted to increase John’s salary to 75,000.00,” director Jodi Draper wrote.

Draper went on to say “Mike states that Janna and Lorrie gave him permission to give (raises) beyond the 2.5% … Also, (Penca) stated since staff left and they had more money than they anticipated that he used those dollars to give the additional raises.

“The part that is not making sense to me in Mike’s explanation to date,” Draper continued.  “He requested $75,000.00 but John’s salary is listed as $82,250.00 beyond what he stated he requested from Janna and Lorrie.”

It should be noted that no two board members can arbitrarily make district policy or set wages. It takes the action of a quorum of the school board to accomplish this in a public meeting.

Draper says in another email “Janna and Lorrie can not give permission to give out such raises, we have to do that as a Board. Janna and Lorrie both deny stating any of that to Mike.  With that said, I will not allow this behavior again to be kept on the hush, I have a duty to the people who chose to put their faith in me and vote for me, to be transparent. I will request that the community be made aware.”

Questions in the community continue to swirl as to what possibly gave John Berg the impetus to possibly pay himself upwards of $15,300 (and potentially more) above and beyond his approved salary. One question posed to NIT has been “was this a systemic illness in the school district, perhaps birthed under Anita Micich and Ramona Jeffery, where dollars would simply be diverted where ever top district administrators wanted them to go, rather than where the elected board gave approval?” 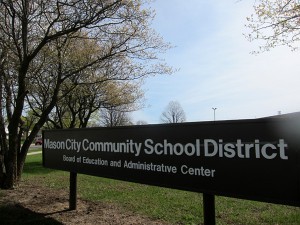 We may find out the answer to that question if and when a state audit is completed of the Mason City School District, or, when more documents are released.

NIT continues to investigate this situation, and anticipates much more fallout in the coming weeks and months.