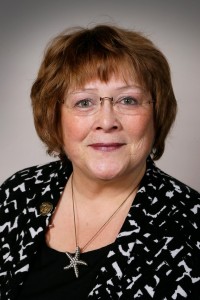 DES MOINES – An Iowa Democratic legislator offered a lecture for people with white skin Monday night, saying that “white privilege exists and it doesn’t make you a bad person”, among other nuggets.

Iowa Representative Marti Anderson of Des Moines seemed to be speaking to the state’s white population – which makes up 92% or so of all the state’s residents – as she tried to explain how the phenomenon known as “white privilege” works:

Food for Thought: White privilege exists and it doesn’t make you a bad person or mean you are lazy. It isn’t a silver spoon. You still have to do the hard work to get where you are. It’s just that your path has far less obstructions. People want to deny they have a privilege because that feels like it diminishes the grit and sweat of their work to succeed. It doesn’t. The success is earned. Just be aware that for every step a privileged white person had to climb, a person of color had to climb a set of stairs that were missing some steps. A social effort, like affirmative action, COMBAT a disadvantage, it doesn’t CREATE an advantage.

Do you agree with Anderson’s analysis of the racial path to success?

13 Responses to Iowa legislator lectures white people on their “privilege”