AFSCME Council 61 announces their endorsement of Nate Boulton for Governor 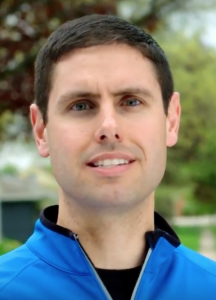 “Without question, Nate Boulton is exactly the Governor Iowa needs right now to undo the disastrous effects of Governor Reynolds and her predecessor, and move the state forward in a positive direction for all of Iowa’s working families,” said AFSCME Council 61 President Danny Homan. “Time and time again, Nate has proven himself as a true champion for working Iowans. Our members have shown overwhelming support for Nate that has not been seen for any one candidate in a long time. Nate has always stood up for Iowa’s public employees and now we are proud to stand with Nate’s campaign and do everything we can to make sure he is the next Governor of Iowa.”

AFSCME Council 61 is a labor union that represents 40,000 public employees in Iowa and has a strong political presence throughout the state. State Senator Nate Boulton released the following statement regarding AFSCME’s endorsement:

“I could not be more excited and honored to have the support of AFSCME Council 61,” said Nate Boulton. “Every day, Iowa’s public employees go to work keeping our communities safe and doing everything they can to ensure all Iowans have a high quality of life. This is the time for Iowans to stand together and fight for the very soul of our state. I am incredibly proud to have AFSCME and the thousands of people they represent joining me in this campaign to build a better and brighter future for our state.”

The announcement comes as Nate Boulton’s campaign for Governor continues to grow in momentum across Iowa. After visiting 37 counties within the first three months of his campaign, Nate Boulton has received the support of 20 labor organizations representing over 70,000 Iowa workers, 17 Democratic legislators from across the state, and received contributions from over 1,200 individuals.