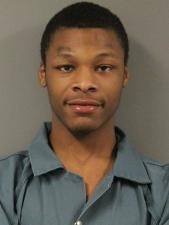 FORT DODGE – Fort Dodge cops raided a den of gun-possessors and nabbed a suspected shooter from an earlier shooting.

Following the shots fired incident in mid‐February where a 21‐year‐old male was struck by gunfire, the Fort Dodge Police Department continued to investigate tracking down leads and other evidence relevant to the case. As the case investigation developed, a potential suspect was identified as the individual responsible for firing the weapon.

Yesterday afternoon, the Fort Dodge Police Department was informed of individuals possibly in the possession of firearms in the 300 block of North 9th Street. Officers with the Patrol and Investigative Divisions observed several individuals in the area matching the descriptions of the information given.

As officers approached the subjects, several began fleeing on foot. One of the males fled westbound jumping over a fence, where an officer was located. As the male jumped the fence, officers observed a handgun in his possession and after verbal commands were given the subject dropped the handgun. Another male fled the scene and was unable to be located. Several other individuals remained on scene when officers arrived.

The male taken into custody was identified as 18‐year‐old Fort Dodge resident, T’Vyon S. Gully.  He was charged with the following as it relates to the previous shots fired investigation (FD21‐0338):

In addition to the charges listed above, Gully faces the following charges as a result of yesterday’s incident:

Gully is currently being held in the Webster County Jail where he is scheduled to make his initial appearance at 9:00 A.M. this morning in Webster County Magistrate Court.