DES MOINES – A Wisconsin man convicted of drunk driving through Cerro Gordo county at 110 mph on his motorcycle has lost his appeal in the case.

On August 11, 2018, shortly after midnight, Iowa State Patrol Trooper Nathan Snieder stopped Thomas Casper for speeding on a highway in Cerro Gordo County while riding his motorcycle. The traffic stop was initiated after a radar check clocked Casper traveling at 110 miles per hour. While conducting the traffic stop, Trooper Snieder noticed that Casper had bloodshot and watery eyes, was unsteady on his feet, and spoke with a slur and thick tongue. After placing Casper in the front passenger seat of the patrol vehicle, Trooper Snieder could smell the odor of an alcoholic beverage. Trooper Snieder’s observations were confirmed when Casper admitted that he had had a couple of alcoholic beverages.

Trooper Snieder then administered the “horizontal gaze nystagmus” field sobriety test. During the test, all clues indicated that Casper was clearly intoxicated. Casper did not take the remaining field sobriety tests because of prior leg injuries. As an alternative, Casper volunteered to run ten miles, stating that he could do so faster than any millennial and no drunk person would be able to run ten miles. Trooper Snieder advised Casper that a ten-mile run would not be an appropriate field sobriety test. Casper then submitted to a preliminary breath test that indicated he was over the legal limit. At 12:36 a.m., Casper was Mirandized and placed under arrest for operating while intoxicated (OWI), speeding, and failure to provide proof of insurance.

Casper was later convicted of first-offense operating while intoxicated.  The court of appeals affirmed his conviction, finding any error was harmless since defendant was convicted based on the “under the influence” alternative of section 321J.2(1)(a) as well as the “alcohol concentration” alternative of section 321J.2(1)(b), and substantial evidence supported the conviction under subsection (a). 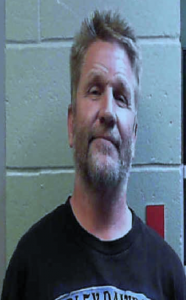