TERRE HAUTE, INDIANA – The federal government executed a drug dealer Thursday morning for the horrific 1994 kidnapping and murder of a 16-year-old honor student.

Orlando Cordia Hall was executed at U.S. Penitentiary Terre Haute in accordance with the capital sentence unanimously recommended by a federal jury and imposed by the U.S. District Court for the Northern District of Texas in 1996.  Hall was pronounced dead at 11:47 p.m. EST Thursday.

In September 1994, Hall and several accomplices ran a marijuana trafficking operation out of Pine Bluff, Arkansas.  After a failed drug transaction involving $4,700, Hall and his accomplices drove to the Arlington, Texas, home of a man they believed had stolen their money.  The man’s 16-year-old sister, Lisa Rene, refused to let them inside.  Although Rene — an honor roll student with dreams of becoming a doctor — had no role in the drug transaction, Hall and his accomplices broke into the apartment and kidnapped her at gunpoint.  In the assailants’ car, Hall raped her and forced her to perform oral sex on him.  Hall’s accomplices subsequently drove her to a motel in Arkansas, where they tied her to a chair and repeatedly raped her.  Hall arrived at the motel room the next morning, took Rene into the bathroom for fifteen to twenty minutes, and emerged to announce that “she know too much.”  That night, Hall and his accomplices took her to a park where Hall and another accomplice had dug a grave that afternoon, but they could not find the grave site in the dark.  The next morning, they returned to the park with Rene.  At the grave site, Hall placed a sheet over Rene’s head and hit her in the head with a shovel.  Rene screamed and tried to run away, but the men tackled her and took turns beating her with the shovel.  After soaking her with gasoline, they dragged her into the grave and buried her alive.

In 1995, a federal jury found Hall guilty of, among other offenses, kidnapping resulting in death, and unanimously recommended a death sentence, which the court imposed.  His convictions and sentence were affirmed on appeal, and his requests for collateral relief were rejected by every court that considered them. 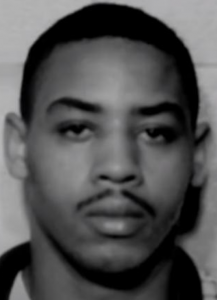