MASON CITY – A Mason City man who was caught in a house with four other defendants by police after a neighbor reported that the owner was out of town and they could hear people inside the house has received a deferred judgment in the case.

Paul Gregory Thompson, age 19, of Mason City was originally charged with one class D felony count of 3rd degree burglary, and an aggravated misdemeanor count of possession of burglar tools for the March 4th intrusion.

On June 4th Thompson entered a guilty plea to the burglary charge.

Under a deferred judgment the 3rd degree burglary charge would be stricken from Thompson’s criminal record should he successfully complete the terms of his probation agreement.

The other four defendants in the burglary are at various stages in their cases.

Benjamin Jonathon Dalgliesh, age 23, of Mason City has entered a plea of guilty, he is charged with one class D felony count of 3rd degree burglary in the case. Sentencing has been set for September 9th at 10:30 am.

Sara Jean Ramon, age 22, of Mason City is charged with one class D felony count of 3rd degree burglary in the case. Court records show a plea change hearing has been set for September 10th at 10am.

Michael Jon Frazer, age 45, of Mason City has pled not guilty to one class D felony count of 3rd degree burglary in relation to him being found with the other four defendants in the house during the intrusion. His trial has been continued twice and is currently set for Sept 25th at 1:30 pm.

Frazer had been released from jail on a $5,000 bond following the arrest pending trial until an early morning traffic stop, August 16th, in the 1200 block of North Federal Avenue, in Mason City. As a result of that stop and subsequent search of his vehicle, Frazer has been charged with one Class B felony count of possession of meth with intent to deliver, one Class D felony count of failure to affix a drug tax stamp, and one serious misdemeanor count of possession of marijuana.

Frazer is current being held in the Cerro Gordo County Jail on a $106,000 cash or surety bond for the new charges. A bond reduction hearing in that case has been set for August 27th at 1:30 pm. 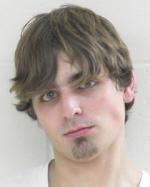