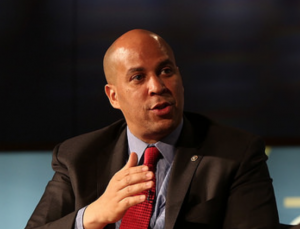 NEWARK, NJ – Every year in America, nearly 22,000 Americans die by firearm suicide — an average of 59 deaths each day. Veterans are particularly impacted, with more than 6,000 veteran suicides each year — nearly 70 percent of which resulted from firearm injury. That’s why Cory Booker is building on his plan to end the epidemic of gun violence — the most sweeping gun safety proposal ever introduced by a presidential candidate — with a concrete proposal to address the crisis of gun suicides in America.

The plan includes a set of commonsense proposals around gun access and storage that are shown to significantly lower the rate of suicide. States that have enacted similar policies have lower suicide rates compared to states with immediate, unrestricted access to firearms.

“The injustice of gun violence comes in many forms. Gun suicides are an aspect of the gun violence epidemic that rarely get the attention they deserve,” said Cory Booker. “We should be doing so much more as a country to stop these preventable deaths, and it’s shameful that the gun lobby is standing in the way.

“My plan to reduce firearm suicide is simple: prevent guns from getting in the hands of those who have shown signs of wanting to hurt themselves or others. We know these measures work because we’ve seen safer storage rules, extreme risk laws, and requirements that gun owners obtain a license lead to lower suicide rates in places that have them. We have the knowledge and tools to address this epidemic — and as president, I won’t be afraid to act and make reducing suicide a key priority.”

Suicide attempts are often set off by an immediate crisis. Interviews with survivors have shown that more than three-quarters of suicide attempts came less than 24 hours after making the decision to do so. But while attempted suicides by intentional poisoning or overdose only result in death around 3 percent of the time, suicide attempts using a firearm lead to death in almost 90 percent of cases.

Giving individuals a second chance to weather these moments of crisis is critical: the vast majority of people who survive a suicide attempt do not go on to die by suicide.

Implementing a federal licensing program. Cory’s proposal for gun licenses would make it more difficult for those at risk of suicide to purchase a firearm. If you need a license to drive a car, you should need one to own a gun. Securing a federal license would require a background check, firearm safety training, and an in-person appointment — steps that combine to keep individuals in a moment of acute crisis from acting on their suicidality. Cory’s license plan builds on what works: according to a recent academic study, Connecticut found a 15.4 percent reduction in firearm suicide rates after passing its gun permit law, while Missouri saw a 16.1 percent increase in firearm suicide rate after it repealed its state licensing law.

Incentivizing extreme risk laws. An extreme risk law empowers law enforcement and/or family members to petition a court to temporarily remove firearms from individuals at risk of hurting themselves or others.¹ Research has shown that temporarily limiting access to firearms for individuals with signs of suicidality is an effective suicide prevention strategy; a study of Connecticut’s extreme risk law found that one life was saved for every 10 to 20 risk warrants utilized. A similar study found that under Indiana’s risk-based gun removal law, there were 7.5 percent fewer gun suicides in the state over the course of ten years.² Cory will work to provide grants to states that pass extreme risk laws, which will be used to support public education, technical assistance, and implementation of this critical tool.

Requiring safe storage of firearms. The likelihood of suicide goes up by three times³ when there is a gun in the home. Cory supports building on evidence-based approaches to ensure that firearms are kept out of the hands of minors and other unauthorized users who may do harm to themselves and others. Several states require that firearms be securely stored around individuals who would be unable to purchase a firearm themselves. And Massachusetts requires that guns be stored with a locking device or within a locked container when not in use.⁴ These strategies work: states with safe storage laws in place have 68 percent fewer firearm suicides per capita than states that do not.⁵

Supporting “lethal means safety counseling.” Cory will support a major expansion of education and training for health professionals on suicide prevention. Empowering and training medical professionals to determine whether individuals are at risk of suicide and how to identify strategies for limiting access to firearms can reduce the risk of suicide.⁶ But in most states health care professionals are not required to have any suicide prevention training, and a recent study found that just 18 percent of suicidal individuals presenting at an emergency department received a lethal means assessment, and just 8 percent of those benefited from actual counseling on firearm access and safety.⁷

Appointing federal coordinator to cut suicide rate. Suicide is the 10th-leading cause of death in the United States⁸, and yet we fail to commit the resources to properly combat it. Currently, federal staff and resources charged with combating suicide are spread across multiple agencies and programs, limiting our ability to deliver a coordinated and effective response. Cory would appoint and empower a senior-level White House official with a single goal: to deploy all available tools to end gun violence and suicide.