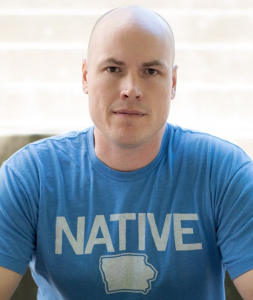 SWALEDALE-  J.D. Scholten, congressional candidate for Iowa’s 4th district looking to oust Steve King, will host a town hall in Swaledale on Sunday, November 17th as part of his “Don’t Forget About Us” tour. During the tour, Scholten will hold a town hall in a town with a population of less than 1,000 in each of the 4th district’s 39 counties.

According to the Scholten campaign:

“Too often, Iowa’s rural communities have been forgotten and left behind by politicians. As a result of the years of federal neglect and the lack of investment, hospitals consolidate, grocery stores and schools close, and more and more of Iowa’s children leave the district due to the lack of opportunity. J.D. is committed to making these towns a priority and revitalizing our rural communities.

“J.D. wants to fix our healthcare system, fight for an economy that works for all of us, and secure our democracy by getting special interests and big money out of politics. His campaign writes no one off and leaves no one behind, which is why he’s getting out directly to the people, and working to earn the trust and vote of every Republican, Democrat, and Independent in this district.”

This community event is free and open to the public. Everyone is welcome.