This news story was published on March 29, 2018.
Advertise on NIT • Subscribe to NIT 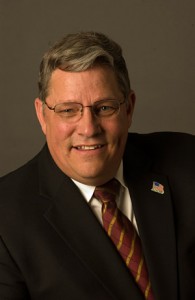 Wednesday, “Kim Reynolds signed SF2117 into law, which cut an additional $35 million from the budget that was approved by the legislature last year. There are only three months left to absorb these massive cuts in state government, which is not only irresponsible, but also dangerous.

“This is the second year in a row that the Reynolds administration has had to pull money from the current budget just to pay the bills. Why? Because tax breaks for her donors and big businesses are more important than the hardworking employees who make our state happen. This budget nightmare was signed into law all while she is trying to push over $1 billion in tax cuts through the legislature. This will obliterate our state’s finances just like it did to Kansas.

“The sad thing is, everyday Iowans are going to pay the price for her irresponsibility. When we cut our regents by millions, students and their families see their debt increase. When we cut corrections by millions, safety in our prisons deteriorates. When we cut DHS by millions, kids in our foster care system suffer. Iowans should brace themselves for the impact of these cuts. Iowans deserve more competent leadership and they should demand it at the polls in November.”