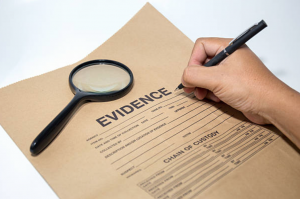 DES MOINES – Gov. Kim Reynolds and Lt. Gov. Adam Gregg announced on Monday the launch of a new campaign to educate Iowans on the importance of reporting suspicious activity.

The Iowa Department of Homeland Security and Emergency Management and the Iowa Department of Public Safety are partnering with the U.S. Department of Homeland Security to promote the “If You See Something, Say Something®” campaign, which was created to educate the public on the importance of reporting suspicious behavior that could indicate terrorism or terrorism-related crime. The private sector, through the Safeguard Iowa Partnership, and local law enforcement, through the Iowa State Sheriffs’ and Deputies’ Association and the Iowa Police Chiefs Association, are also partners in this effort. 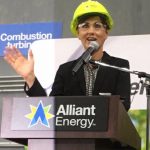 “There are things we all can do to increase the safety of our communities, state and nation,” Gov. Reynolds said. “We are asking all Iowans to pay attention to their surroundings, and if they see something that looks suspicious, to report it to local law enforcement or call 911.”  Some people call this “snitchin’“.

With the recent school shootings in Florida and other locations in the United States, the governor asked parents, students, school faculty and staff and members of the community to be especially vigilant for signs of potential violence and to report it to school officials or law enforcement.

The “If You See Something, Say Something®” public awareness campaign will include radio public service announcements through 2018, along with sharing and reinforcing the suspicious activity reporting message with the assistance of private business and local law enforcement agencies and through social media platforms. As part of this campaign, the Iowa Department of Education will work with campaign partners to expand its efforts to spread the message on the importance of reporting suspicious activity. The State of Iowa has partnered with the U.S. Department of Homeland Security for past campaigns that included “If You See Something, Say Something®” posters at the Iowa State Fair, statewide broadcast of radio public service announcements, billboards, bus signs and community outreach through law enforcement.

“As we go about our days, going to work, school, shopping, traveling, if we see something out of the ordinary, something that shouldn’t be there or someone’s behavior doesn’t seem right and causes suspicion, we should contact our local law enforcement agency or call 911,” Lt. Gov. Gregg said.

For more information on Iowa’s “If You See Something, Say Something®” campaign, visit homelandsecurity.iowa.gov.