The Most Talked About Product Recalls in Recent Years

It is not uncommon for businesses to recall their products when they find a fault. Recalls can also happen when there are a lot of customer complaints, especially when the complaints and claims are based on similar situations. In certain cases, those that are injured or affected by the recalled products can file for a compensation claim or receive one automatically.

We’re fresh into 2017 and there will be a lot of interesting developments in the law landscape in this country. Before we venture into the New Year, however, let’s take a closer look at some of the most talked about product recalls that happened in recent years.

We can’t really talk about recall cases without talking about VW’s emission case that happened in 2016. The company was found guilty of tampering with emission test results. This was made possible by software designed to change the way the engine performs when it detects testing scenarios. Since most emission tests were done in a standardized way, many VW cars were showing low emissions while in fact the car was producing more toxic gas than it should.

It is safe to say that the emission recall was the largest in the company’s history. The case is also recorded as one of the biggest recall cases in automotive history, with more than 10 million vehicles worldwide affected by the case.

In the US alone, VW had to recall around 550.000 vehicles. Audi, which rests under VW’s control, was also affected. The case was much bigger than General Motor’s faulty ignition recall. GM had to pay $2 billion in settlement and other claims, while VW reportedly spent more than $14 billion to deal with settlements, compensations and the environmental harm this case had caused.

Pep Boys and the Contaminated Rubber

In 2012, Pep Boys, a famous tire distributor and auto repair service brand, had to recall more than 500 of its Definity Dakota H/T Tires due to faulty rubber. This may not be a million-dollar case as big as VW’s recall, but it was a case that was the talking point of many due to the severity of the risks involved. Tires are critical parts of a vehicle and a faulty set could easily lead to severe accidents.

The recall was swift with Pep Boys immediately notifying vehicle owners to come into one of the shops and get the tires changed for free. Unfortunately, accidents did happen due to the faulty tires and a lot of victims had to file for personal injury claims to receive the proper settlement.

The true cause of the recall was a contaminated batch of rubber. This contaminated batch caused Pep Boys tires to show signs of cracking and tread chunking when used in a low pressure situation. The tires also failed to pass the standard endurance test imposed by the federal government. Needless to say, Pep Boys will have to go through rigorous legal procedures and settle many cases and claims before the recall can be concluded. 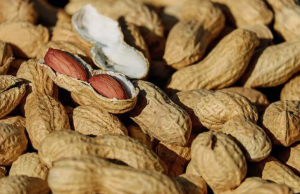 This last case we’re going to discuss is rather unique. It is a case that started early in 2008, when a salmonella outbreak was discovered. The outbreak killed eight and infected hundreds of people in the process. A strain of salmonella was then traced to a factory owned by Peanut Corp.

It was indeed a nightmare. The factory showed signs of mold, rodents and roaches. Walls were covered by stains and fungus. Even worse, the raw materials used in the production of peanut butter were heavily contaminated with waste and unhygienic materials.

The case then took a turn for the worse. In an official FDA report, investigators stated that Peanut Corp. actually allowed contaminated batches to be distributed. It was not a case of mishandling or human error. The company knew that their products were contaminated and contained salmonella, yet they decided to sell them anyway.

The products were recalled by the FDA and the federal government, and not by Peanut Corp., who filed for bankruptcy not long after the investigation was concluded. This is among the few recall cases where federal charges were filed against the company and the people responsible.

Naturally, we hope 2017 to be a great year for brands and businesses. Product recalls can harm a company’s wellbeing – and the wellbeing of their customers. With tighter quality control, better distribution channels and stricter regulations governing the market, the risks of a faulty product actually reaching the market are now smaller than ever.