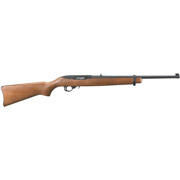 LEXINGTON, Ky., May 1 (UPI) — A 2-year-old Kentucky girl has been accidentally shot and killed by her 5-year-old brother while he was playing with a .22-caliber rifle, state police say.

The girl, Caroline Starks, was shot at her home in rural Cumberland County and was taken to a hospital where she was pronounced dead, the Lexington Herald-Leader reported Tuesday.

Cumberland County Coroner Gary White said the children’s mother was home at the time of the shooting. He identified the gun as a Crickett, “a little rifle for a kid.”

White said the family did not realize a shell had been left in the rifle, which was kept in a corner of a room.

The shooting will be ruled accidental, White said.

An autopsy was scheduled for Wednesday.