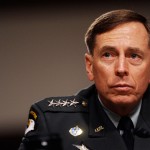 WASHINGTON, May 1 (UPI) — The former commander of U.S. and coalition forces in Afghanistan warns automatic budget cuts known as sequestration could end up harming national security.

In an op-ed carried by Politico Wednesday, retired Gen. David Petraeus said the annual budget for development aid, security aid and diplomacy is slated to decline by some $50 billion, partly due to war-related costs.

However, he said unless a grand bargain is reached between the president and Congress, sequestration could force reductions totaling another 10 percent.

“America’s ability to protect itself and advance its global interests often depends as much on its ‘softer’ power as it does on our nation’s armed forces,” the former CIA director said.

He said U.S. security will be improved by sustaining foreign aid in the years ahead rather than making further cuts.

Petraeus authored the opinion piece along with senior fellow Michael O’Hanlon of the Brooking Institution.