This news story was published on December 20, 2016.
Advertise on NIT • Subscribe to NIT 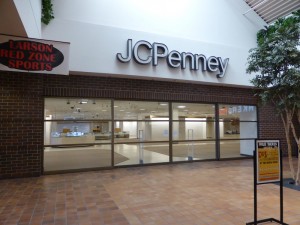 Home to an arena?

MASON CITY – City Hall in Mason City has cobbled together yet another path to a multi-use facility in Southbridge Mall and is moving quickly to finalize the project, leaving citizens to scramble for details, this time on an arena that the city wants to pay for and then lease, costing $18 million.

Some citizens who have paid attention to the antics of Mayor Eric Bookmeyer since he took office in 2010 have seen this kind of thing before: Among a slew of gaffes and stumbles, he pursued a failed arena attempt back in 2010-2012; a failed trash burning plant soon thereafter; the failed privatization of the city’s sanitation department; a fatal, doomed, failed hog slaughterhouse – all these deals championed by Eric Bookmeyer were shot down as bad deals and not wanted by the citizens.  He has no legacy except failure as mayor, and this man wants to change that in the worst way, NIT is told, in a desperate attempt to put something on a resume for his life once he is ousted as mayor, likely this next year. 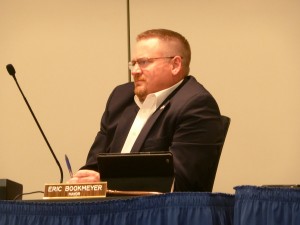 Bookmeyer: No, legacy, no resume, no job. Where will he stop in his quest to change that?

City hall – as always led by Bookmeyer – has tried for years to build an arena in the downtown. He proposed a committee be formed in 2010 for this very reason and finally in 2012, the mayor marched out City Administrator Brent Trout to proclaim the arena project would not work. As NIT reported back in 2012, “This arena was to be Mayor Eric Bookmeyer’s crowning achievement, his mark left on the community … however, Trout said that the council and mayor want to focus on job creation instead of the arena. He made this announcement just a few minutes before he outlined the mayor’s master plan to eliminate twelve city sanitation jobs.”

Philip Chodur: No dice on financing for hotel.

Bookmeyer and company never really quit on the arena, though, as it has been tied for at least a couple of years now to a failing attempt to build a hotel downtown with developer Philip Chodur, the trailer park mogul and lawsuit-artist of Southern California. That deal died earlier this month when Chodur finally came clean and could not garner financing for the hotel.

Even as Chodur never got close to breaking ground, Southbridge Mall was sold for a paltry sum of $1.5 million to a New York developer with a sketchy past, to say the least. It now appears that Bookmeyer and company wasted no time in drawing up papers with this new owner to put $13 million into the mall for the new arena in the former JC Penney and then spend $5 million leasing it back. The plan was thrust upon the citizens in a public hearing announcement that was emailed out this weekend. Citizens are now struggling to digest what this all means. Where is the state of Iowa in all this, and the $10 million the city pursues for the “Downtown Renaissance”? What is going on with the hotel (now rumored to have a Minneapolis developer in the mix)? What happens if the arena doesn’t draw the crowds (and the revenue) city hall thinks it will? Who in city hall is actually qualified to predict this arena will be successful?  Is the mayor an economic development genius or a mentally-unstable individual with clouded judgement who won’t stop until he “wins one”?  What about the problems that were uncovered during the 2010-2012 attempt at an arena, are those solved now?  How about the looming takeover of the city recreation department by Mercy, how does that fit in?  What about the huge, multi-million dollar gymnasium the Mason City school board plans to build?

Here is what we know so far:

The new owner of Southbridge Mall, based in New York, goes by at least three names: Tehran Kohansieh is his original name, but also goes by Mike Kohan and Mike Kohen (as reported by the Orlando Sentinel).  A search of these aliases shows that he is about 50 years of age and has had numerous legal entanglements over the years he has been in the mall business.  He seems to own 19 malls currently, spread out across the country (Kohan Retail Investment Group).  Also included in the search results is numerous stories in the media covering his troubles with his mall properties, some going into great detail about power shutoffs due to non-payment of utility bills; skipping of court dates; tenants in Kohan-owned properties using space heaters to heat their storefronts; malls taken away from him due to disrepair and squalor; infrastructure shortfalls; failure to pay taxes; outstanding bench warrants for Mr. Kohan; and other safety hazards. A Worthington, Minnesota councilman said of Kohan “We’ve lost a lot of value in (a Kohan-owned mall in that town) and a lot of business over the years” in the Northland Mall, which the council there declared to be a hazardous building.

Kohan (or Kohen, or Kohansieh) has defended his record, saying that not all properties can be saved and claims to have some success stories.

What has Mason City citizens concerned is that, despite these obvious warning signs if not outright evidence of trouble and a checkered past by the owner of Southbridge Mall, Eric Bookmeyer and the city council went forward and tasked city staff with compiling a legal agreement with Kohan to use $13 million in city funds to build a multi-use arena inside the mall (which was just purchased for only $1.5 million) and then spend $5 million over 20 years to lease the arena from Kohan. 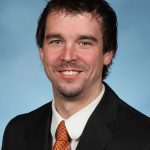 As the city council prepares to meet tonight on this issue, some are asking “Who will speak for the people who have legitimate concerns?” Some feel it is clear that Bookmeyer has fast-tracked the arena project like he did with the Prestage pork plant, leaving citizens little time to respond or get up to speed on the proposal. Many are placing their hopes on newly-elected councilman Paul Adams, who ran on a platform of transparency and working closely with citizens.

More to come on this developing saga.