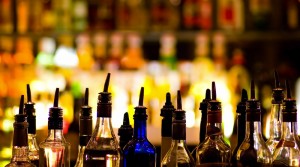 “Iowa laws regulating alcohol were first written in 1934,” Branstad said. “Many things have changed in this industry since then, and we want to make sure our laws are not barriers to entrepreneurs and businesses.”

Reynolds added, “The demand for Iowa made products in the beverages industry is growing every day and we need to make sure our laws are helping businesses and protecting Iowans along the way. It’s time to review the current laws the state has in order to ensure we are encouraging business owners and not hindering them from further economic development.”

A working group will be designated by Larson and Durham to look at the existing laws and make recommendations for changes that could better position the state for growth in the cottage industries of wine-making, brewing and distilling. They will work with representatives from throughout the alcohol beverages industry, including wholesalers, manufacturers, retailers, prevention specialists and regulators to gain a broad range of perspectives.

“The laws governing alcoholic beverages in this state must be clear and easily understood,” said Stephen Larson, Administrator of the Iowa Alcoholic Beverages Division. “Over the decades, exceptions and carve outs have ultimately led to confusion and ambiguity.” Larson adds that some pillars of existing law — such as the three-tier system that maintains separation between manufacturers, wholesalers and retailers — must remain.

With the rapid growth in recent years of craft breweries, native wineries and micro-distilleries, the composition of the state’s industry is far more diverse and innovative than in years past.

“Micro-enterprises in this industry are locating in our communities – both big and small – and are not only creating jobs but are also increasing tourism in our state,” said Durham. “It’s important that we modernize our laws so this cottage industry is on a level playing field and feel like they have a chance to succeed.”
The working group will begin its work in September with the goal of providing recommendations to the Governor by January 2017.