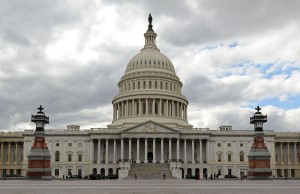 WASHINGTON – Senate Judiciary Committee members are calling on the Department of Homeland Security to explain internal documents revealing plans to grant work permits to foreign workers in the country – potentially including illegal immigrants – who have been sponsored for a Green Card by their employer.  Incredibly, the memos expressly state that a benefit of the new executive action would be to “authorize the presence of certain individuals who are not here lawfully and address the needs of some of the intended deferred action population,” indicating that the proposal is calculated to evade a federal court injunction on such action.

In a letter to Homeland Security Secretary Jeh Johnson, Senate Judiciary Committee Chairman Chuck Grassley and his colleagues on the committee are calling on the department to explain the origin and status of the internal memos.  They are also requesting that the department explain its reasoning for ignoring legal requirements governing work-related immigration petitions.

In February, the Federal District Court for the Southern District of Texas issued an injunction prohibiting the department from “implementing any and all aspects or phases” of its planned program to defer the deportation of approximately 4 million persons in the country unlawfully and to grant them work permits. The memos outline an agency proposal that would skirt the court order by granting work permits to any immigrants physically in the United States, regardless of their legal status, so long as they have been sponsored by an employer for a Green Card within the last year.

The memos also outline plans to change the immigration regulations in order to allow foreign workers to get a Green Card based on sponsorship by an employer, even if the sponsorship has been withdrawn.  Under current law, however, work-related Green Card petitions can be filed only by a U.S. employer that intends to employ the immigrant. The memos do not square that clear requirement with the Administration’s proposal to let foreign workers get Green Cards when the employer no longer wishes to sponsor the worker.

Full text of the senators’ letter to Johnson follows.

As members of the Senate Judiciary Committee, we write to express our concerns about a proposed regulation that the Department of Homeland Security is expected to publish soon, pursuant to which certain aliens – potentially including aliens unlawfully present in the United States – with approved employment-based immigrant petitions, but who may not be eligible to file for adjustment of status for many years, will be authorized to be issued an Employment Authorization Document.

Such a regulation would constitute yet another illegal “executive action” that would not only directly contravene the will of Congress, but, could also directly violate the injunction on the Deferred Action for Parents of Americans and Lawful Permanent Residents (“DAPA”) and the Deferred Action for Childhood Arrivals (DACA) programs ordered by the District Court for the Southern District of Texas in February.  As you may recall, the Temporary Injunction Order enjoined your Department from “implementing any and all aspects or phases” of these programs.

The stated purpose of the proposed regulation is to “allow certain approved Immigrant Petition for Alien Worker (Form I-140) beneficiaries to obtain work authorization, clarify the meaning of portable work authorization, and remove unnecessary restrictions on the ability to change jobs or progress in careers, as well as provide relief to workers facing lengthy adjustment delays.”  However, an internal United States Citizenship and Immigration Services (USCIS) legal memorandum (“Legal Memo”) posted online offers more detail on what is being planned:

(1) USCIS would amend its regulations governing the revocation or continued validity of approved employment-based immigrant visa petitions in cases where the petitioning employer withdraws the petition or terminates its business. The amended regulation would consider such petitions to remain valid for the beneficiary, despite withdrawal by the employer or termination of its business, when certain criteria are met.

A separate USCIS policy memorandum (“Policy Memo”) posted on a different website last week presents four specific options for implementing this plan. Under the first option presented, USCIS would potentially provide employment authorization to any aliens physically present in the United States, including illegal immigrants, so long as they are the beneficiaries of an employment-based immigration petition approved for at least one year.  The Policy Memo then cites as a “pro” in support of this option that granting employment authorization to that population “[m]ay authorize the presence of certain individuals who are not here lawfully and address the needs of some of the intended deferred action population[.]”

In other words, the authors of the memo openly acknowledge, and offer as a reason to support the proposal, that granting employment authorization to illegal immigrants under the proposed scheme would accomplish, by different means, the de facto legalization of the population intended to be legalized by the enjoined DAPA program. Accordingly, it appears as though individuals in your Department could be actively engaged in attempting to skirt the injunction issued in February by the District Court for the Southern District of Texas.

In light of the foregoing, we ask that you respond to our concerns and the questions attached to this letter by November 12, 2015. We want assurances that the Administration will refrain from moving forward with any such proposal that harms the integrity of our legal immigration system and violates the law.

Ted Cruz
U.S. Senator
Questions
1.    Please confirm that the Legal Memo and Policy Memo referenced in this letter are Department documents.
a.    Which offices drafted each of these memos?
b.    When were these memos drafted?
2.    Which option presented in the Policy Memo was selected by USCIS leadership?

3.    Were these memoranda at any time transmitted to Department of Homeland Security headquarters? If so, to which office or offices, and what action did those offices take upon receipt of the memoranda?

4.    The Legal Memo argues that section 205 of the Immigration and Nationality Act  gives the Department “broad authority for determining when, how, and even whether to revoke any previously approved immigrant visa petition.”  This interpretation of section 205 is used to justify maintaining the validity of an immigrant petition, potentially for many years, even when the employer has withdrawn the petition after the alien’s departure for another employer using the open-market employment authorization he would receive under the proposed regulation. Clearly, though, the revocation authority under section 205 does not give the Department plenary authority to maintain the validity of a petition where the petition, or the alien beneficiary of the petition, no longer meet the eligibility criteria for petition validity. We note that section 204(a)(1)(E) of the Immigration and Nationality Act provides that an immigrant petition may be filed on behalf of an alien only by an employer “desiring and intending to employ [the alien] within the United States.” What is the legal justification for maintaining the validity of an employment-based immigrant petition when the petition has been withdrawn by the employer, and thus manifestly no longer satisfies the fundamental requirement, set forth in section 204(A)(1)(E), that the employer intends to employ the alien?

5.    How many aliens does the Department estimate would be eligible for employment authorization under each of the four options described in the Policy Memo?