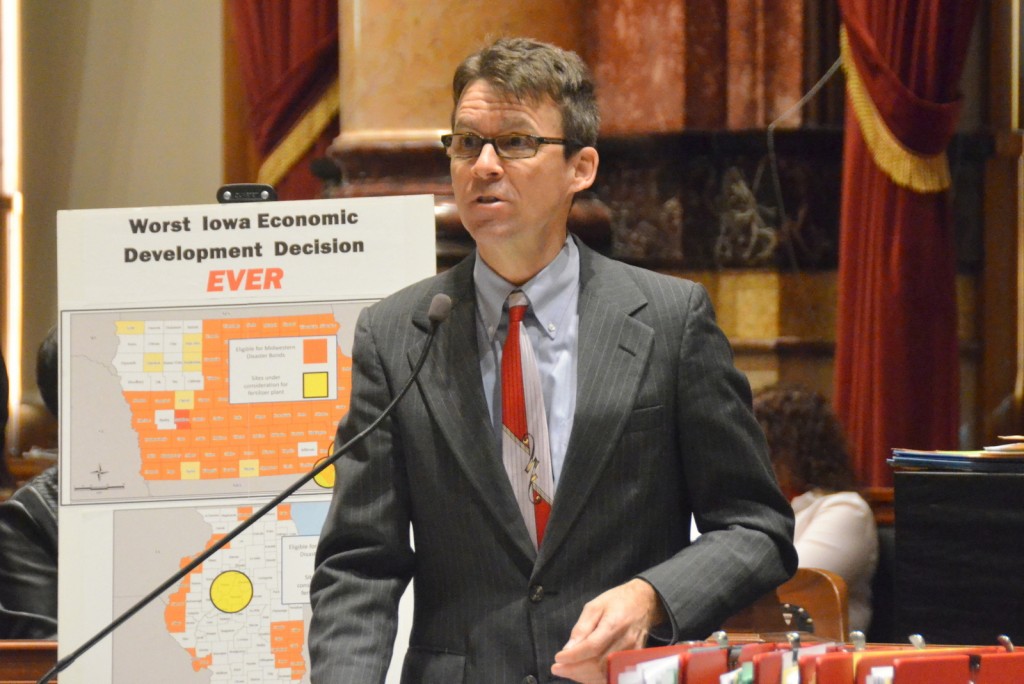 “Mixing politics and medical care is a mistake. There is no reason for Republican politicians to be in the room when women and their doctors make important, personal medical decisions.

“Telemedicine is an increasingly effective and affordable way to deliver health care to rural Iowans.

“Governor Branstad and legislative Republicans are wrong to exclude the needs of Iowa women from the benefits of telemedicine.

“Partisan politics have no place in the decisions of the Iowa Board of Medicine. The Iowa Medical Society also opposes the non-scientific, inadequate, flawed process used by the Board of Medicine when it rejected the use of telemedicine in women’s health care.

“That decision is being challenged in court. I believe it will be reversed because it was not based on medical science and is not in the best interest of Iowa women.

“Governor Branstad said he wanted Iowa to be ‘innovative’ in telemedicine. It is ironic that while other states are now following Iowa’s lead, Iowa Republicans are trying to force Iowa to go backwards when it comes to telemedicine.

“The national ‘war on women’ refers to the outrageous effort by conservatives to politicize women’s health care decisions in order to win elections. Governor Branstad and state legislators should leave medical decisions to women and their doctors, the same way they respect medical science when it comes to the care of men.”