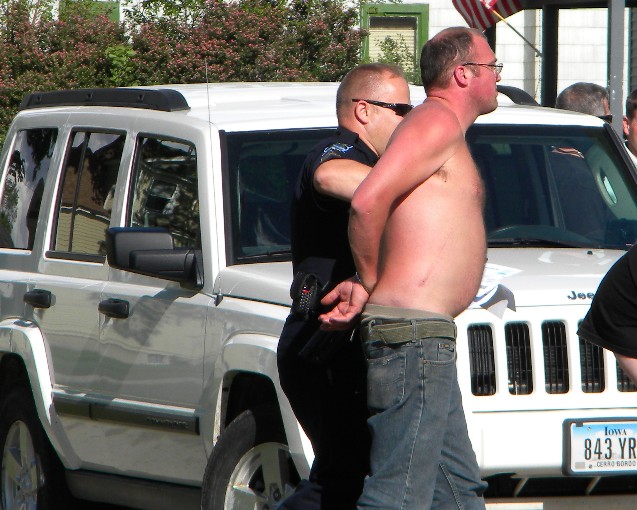 MASON CITY – Mason City police were called to the North End of the city Friday afternoon on a report of a fight that may have involved a gun.

Lisa Reich of Mason City said, “I saw the fight, and heard that there may be a gun involved so I called the police.”

At an undisclosed North End location, four men got into a car, which Reich recognized as belonging to a relative, Dawn Busick. Reich alerted Busick and Busick said, “I called the car in stolen (to police).”

Mason City Police and Cerro Gordo County Sheriff’s deputies chased the car from the North End location to 8th Street and South Carolina Avenue, where they intentionally struck Busick’s car to get it to stop.

“I didn’t even know all this was going on,” said Busick, “I was in Waterloo.”

Police had no knowledge of a gun involved in any fight.  They confirmed that four Mason City men were arrested: