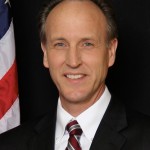 Moerman is now the city administrator in Waukee, a burgeoning Des Moines suburb of about 13,000 with really good high school sports teams. I knew Tim Moerman back in the early 2000’s when I worked at the Globe. He picked me to re-build the city of Mason City’s web site. Real nice guy. Told me he had no answers for the loud trains, I remember.  He left Mason City after 4 years, in 2005, to work as an assistant city administrator in Ankeny.

I’ve also been to Waukee. It is somewhat picturesque, with strip malls, some affluence, with fancy landscaping scattered about town.  No old trees; all freshly planted. I’ve known more than a few former Mason City residents who have ended up there. They absolutely love it.

The Register reported that Moerman will receive a 13% incremented salary increase if the Waukee council approves it tonight.  His salary will jump to $151,822 after an additional 3% bump he will get in July. He’s been on the job there about a year.  Sounds like he’s doing a good job.

Moerman’s pay will then surpass that of  Mason City city administrator Brent Trout. (Trout’s salary is $133,910.40. Benefits are a car allowance for $400/mo. ICMA retirement is 10% of salary.)

Moerman is in charge of a city half the size (for now) of Mason City yet makes more money than Trout. The difference, you could say, is that Waukee is a welcoming, progressive community on the rise.  You could say that Mason City is somewhat the opposite.  Welcoming?  We stunted our Human Rights agency, but you do get 17 minutes to park at the Visit Mason City Center.  Progressive?  Sure, we let people frolic through our city streets in their underpants.  On the rise?  Certainly, Mason City is the place to be if you want your choice of jobs that pay $7.50 to $9.50 an hour.

One has to wonder what Brent Trout thinks of the news that Moerman is now making more money than he is.  Recent troubles at home that include police visits, with a new wife that lives in the Des Moines area, compounded by working for a city in an obvious, painful decline, has to have Mr. Trout wondering what his next move is.  Worse, your boss is a boob named Eric who has you doing his dirty work, like playing bouncer at the library.

What are the odds Mr. Trout is flooding Monster.com with his resume?