Thanks to Willet, Bookmeyer, other poor leaders, M.C. left off list of Iowa towns “best suited for economic expansion and continued growth”

NIT – Beaten again. Left out in the cold. Bamboozled. That is what self-serving, unimaginative, sold-out leadership – and a populace asleep at the wheel – will bring. 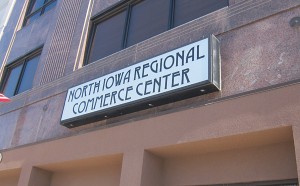 Thanks to our elected leaders at city hall, and their masters at the Chamber of Commerce, Mason City was not named to a list of towns in Iowa that are best suited for economic expansion and continued growth.  That list was announced today by Governer Terry Branstad.

Muscatine made it, and their JC Penney is closing. We still have ours… for now.

Burlington, Spirit Lake, Spencer, Marshalltown and Ottumwa made it too. Even Clinton made it. You know Clinton, the town where Eric Bookmeyer was arrested for public drunkenness and harassment of a public official.

Praise was lavished upon those other towns today by Governor Branstad.

Gov. Branstad, who was in Sioux City when he made the announcement, said, “We’re pleased to have this significant recognition from Site Selection, a leading publication for business executives looking to expand their operations and create jobs. This distinction is yet another sign that Iowa is working and the pro-growth economic policies our administration introduced are moving Iowa forward.” 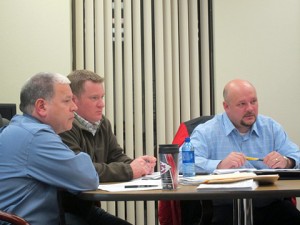 Brent Trout (left), Eric Bookmeyer (center) and Travis Hickey (right) along with Brent Willet have steered the Corridor nowhere over the years as board members.

There is good fortune in Iowa; this list proves it. Mason City is bucking that trend. It was left off that list of prosperous towns for a reason: No new jobs, no development worth mentioning. Remember we live in a place where $9.50 an hour jobs are amazing and an overachievement; our own mayor and council told us so.

To make the list, at least one of the following three criteria must be met: a capital investment of $1 million or more; creation of a minimum of 50 jobs; or the addition of at least 20,000 square feet of new floor space. Retail, government, school, medical office and hospital projects do not qualify for the rankings. 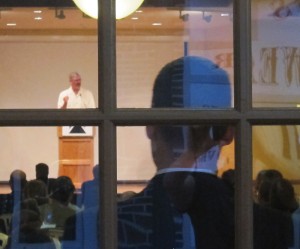 Mason City couldn’t sniff any of those distinctions, despite pouring hundreds of thousands of taxpayer dollars into the North Iowa Corridor, run by Brent Willett.  Your city council and mayor just gave them a raise in the next budget.  You know, the 2014-2015 budget, where your taxes are shooting up 10%, along with your water and sanitation rates.

Mason City’s main agency in charge of economic development – the  Corridor – failed us all miserably since Willet took over and Eric Bookmeyer and Travis Hickey joined the board. We have nothing to show except retail shops, a call center that replaced one that left town (IC System) and businesses moving from point A to point B (Metalcraft) or staying for a king’s ransom (Harley-Davidson).

We have to face the facts, friends and neighbors of Mason City: We all have allowed this charade to go on unchallenged for years, and we are being passed by in a hurry. 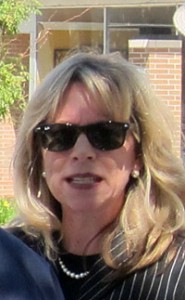 Robin Anderson runs Mason City. She is the puppetmaster of Bookmeyer, Willet, the city council.  She charges the Corrdior thousands of dollars a year in rent to share her offices with the agency.

Our city council, mayor Bookmeyer, Brent Willett at the North Iowa Corridor and Robin Anderson at the Mason City Chamber are – at best – holding us back, and – at worst – intentionally keeping away high paying jobs so their cronies who run the big employers here do not have to compete with the higher wages.

“Governor Branstad and I are pleased to see cities across Iowa receive this honor from a magazine focused on recognizing and highlighting areas where business can thrive and jobs can be created,” said Lt. Governor Kim Reynolds. “Site Selection’s announcement today signals that Iowa is ready for continued growth.”

We can only pray that Mason City fits into those plans; that somehow, someday we make a list like this one… but with our current, self-serving leadership, a prayer might not be enough.

I leave you with this quote:

“Politics is the art of preventing people from taking part in affairs which properly concern them.”
– Paul Valery

33 Responses to Thanks to Willet, Bookmeyer, other poor leaders, M.C. left off list of Iowa towns “best suited for economic expansion and continued growth”