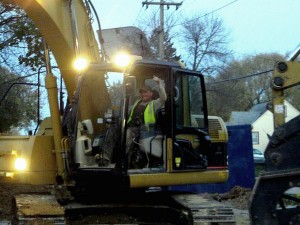 A thumbs-up from a happy worker in Mason City

DES MOINES – Iowa’s seasonally adjusted unemployment rate increased slightly to 4.4 percent in February from 4.3 percent in January, as the state’s labor force climbed to its highest level in five years. The statewide jobless rate stood at 4.9 percent one year ago. Meanwhile, the U.S. unemployment rate for February ticked up to 6.7 percent from the previous month’s 6.6 percent.

“Iowa experienced an unusually large increase in the state’s labor force in February, said Teresa Wahlert, director of Iowa Workforce Development. “This solid rise in the number of job seekers is a sign of growing confidence in the statewide economy.”