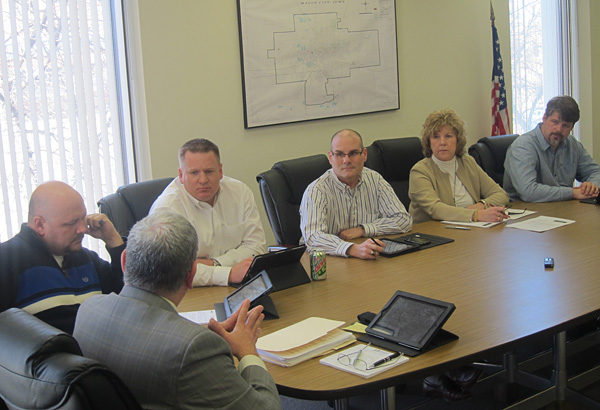 MASON CITY – Whoever put City Administrator Brent Trout up to researching the idea of pursuing a radical change to our Sanitation Department involving trash trucks with mechanical arms to pick up our garbage ought to pay back the taxpayers all the wasted wages we paid the man to write about his findings.

As Iowa code clearly states, the City Administrator in Mason City “Implements all policy directives promulgated by the mayor, in his executive capacity, and by the city council, in its legislative capacity.”  Therefore, despite the denials of the City Council – and the silence of Mayor Eric Bookmeyer – at Tuesday’s work session, anyone who follows this three-ringed circus knows that Trout doesn’t make a move without Bookmeyer’s clear directive.

Now, if the mayor and council want to deny or “awe shucks” their way out of the fact that they put Trout up to this (which they did at Tuesday’s work session), then we have another problem – Trout freelancing on projects that obviously have no value to the people of Mason City.  Mason City has way too many problems to have a city employee making nearly $140,000 a year spending his time on anything other than our pressing issues.

That being said, Trout presented his long-winded findings about purchasing trash trucks with mechanical arms at a quarter million dollars apiece and 10,000 special trash containers at about $63 apiece.  It really should have been apparent to Trout when he discovered those two figures – adding up to roughly $1.43 million – early on in his exasperated investigation into the matter that the cost would be way too high for Mason City – notwithstanding the fact that it had already been proven months ago that Mason City has a great service from our Sanitation Department at $9.70 per month.

If this was such a wild goose chase, why did Trout continue to research the matter after discovering the exorbitant cost?

The talk is that Bookmeyer and at least one or two council members “have it in” for the Sanitation Department workers, if not city employees in general.  This latest detour into insanity is already the third time in the last 16 months that Bookmeyer and his cronies have went after the Sanitation Department.  The first time was with the trash plant fiasco that was defeated at the North Iowa Landfill.  The second time was when Bookmeyer and is cohorts on the council aggressively pursued privatizing our trash pick-up.  That effort was fruitless.  Now the one-armed trash truck attempt.

One has to wonder, did a Mason City garbage man forget to pick up Eric’s garbage once or twice?  What exactly is Eric’s fixation on our Sanitation Department?  Is he jealous that these men get up and go to work everyday and actually earn a paycheck at an honest job, something Eric hasn’t done in years?

Lastly, if this was such a bad idea, as Council member Alex Kuhn alluded to, why did Kuhn not speak up earlier and have Trout drop the idea?  Mr. Kuhn, if you truly have aspirations for the U.S. Senate, you need to speak up and be a leader earlier on in these processes instead of reacting after Eric does all the leading.

Oh and and one more thing.  All four of these people will will be on the ballot this November.  Bookmeyer, Tornquist, Hickey and Solberg will all run for re-election, you can mark that down; the wishy-washy campaigning began Tuesday afternoon as they all backed away from this sanitation issue.  You will see plenty of back-slapping, glad-handing and credit-taking from these four and the City Council meetings will have even less substance… unless the right people start going to the podium.