This news story was published on June 23, 2013.
Advertise on NIT • Subscribe to NIT

ROCK FALLS – A Mason City man is in jail after crashing his motorcycle Saturday afternoon.

According to a report, James Curtis Francis, 32, was arrested after Cerro Gordo County Sheriff’s Deputies received a report of a motorcycle in a ditch near Ulmus Avenue and 305th Street just west of Rock Falls.

Francis was charged with OWI 3rd Offense, Failure to Maintain Control, No Insurance Accident related, Violation of restricted license (ignition interlock), Driving under Suspension and Child Endangerment with injury. Francis was operating the motorcycle with his young son as a passenger, according to information relayed to NIT.

Records indicate Francis has at least 4 OWI offenses now on his record. 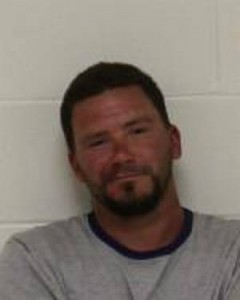