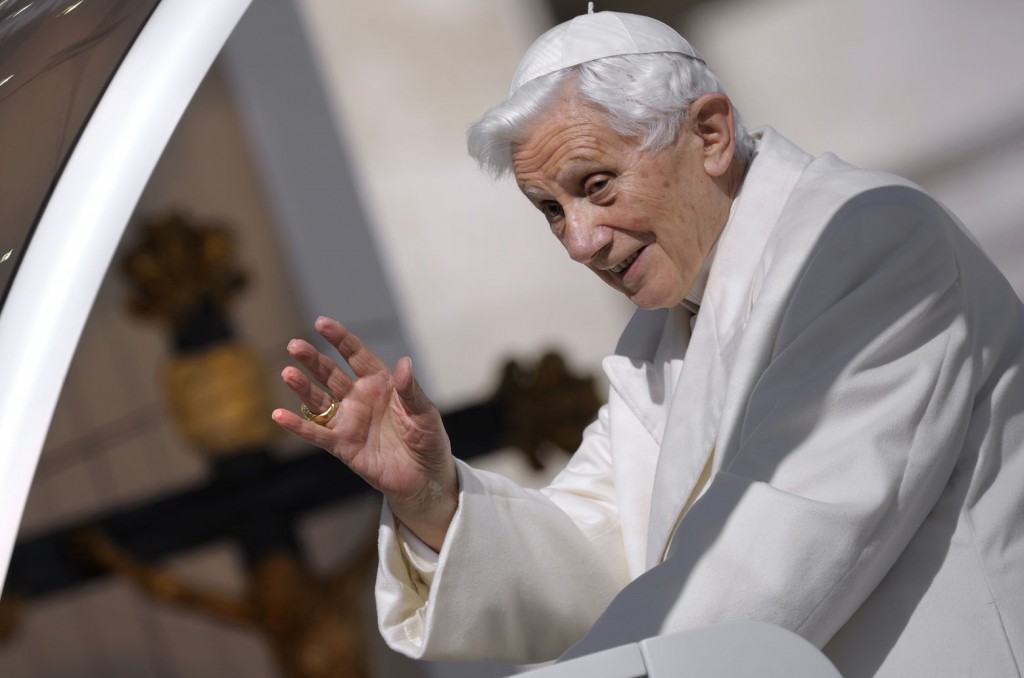 The moment was marked at Castel Gandolfo, about 15 miles southeast of Rome, where the former pope is now living and plans to reside for the next couple of months. Swiss Guards formally closed the doors to the papal apartment, signalling that they no longer guard the person of Benedict.

Vatican police will now guard the former pope, who remained behind closed doors. Benedict was just a couple of weeks short of serving eight years after succeeding the late John Paul II. He was the first pope in 600 years to resign.

A Vatican official explained in Italian outside the lakeside summer residence that the closing represented the end of Benedict’s papacy.

The Chair of St. Peter is now empty — or “sede vacante” in Latin.

Earlier in the day, Benedict left the Vatican for the last time as pope, traveling by motorcade to a helipad at the train station.

To the sound of bells, the retiring pope was flown by a white Italian air force helicopter to the papal summer residence at Castel Gandolfo, with its 35 acres of grounds.

The helicopter landed at the summer residence at dusk, also to the sound of bells.

In his final day as pope, Benedict XVI told the cardinals charged with electing his successor he will be praying for them during the conclave.

The 85-year-old pontiff met with the cardinals, greeting them each individually as they kissed his ring before a golden throne in the Clementine Hall of the Apostolic Palace, The New York Times reported.

“I will be close to you in prayer,” he told them, referring to the conclave to select a new pope, expected to begin much earlier than its original date in mid-March.

Benedict said he would behave with “unconditional reverence and obedience” toward his successor. Both will be residing in the Vatican, but Benedict will be away from the papal apartment in a restored convent on the Vatican grounds, officials said.

After he steps down, Benedict will be referred to as pope emeritus or Roman pontiff emeritus. The German-born pope will continue to be addressed as “Your Holiness” following his retirement.