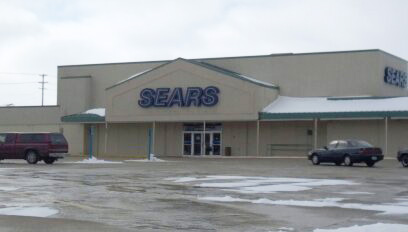 Following a furious backlash from Christians after a gory SNL skit which aired a couple of weeks ago, a religious group is claiming victory in costing SNL and the NBC network at least one major advertiser.

Sears appears to have caved to the pressure from the public and a religious group called the American Family Association (AFA).

The AFA, in response to the SNL skit, said “Last Saturday night, the network aired a violent and gory segment mocking Jesus Christ. NBC publicly painted Jesus as a vengeful murderer bent on killing the Romans who crucified Him.”

Following the skit, the AFA went after NBC and SNL, urging Christians to contact Sears and complain.

On Sears’ Facebook page, here is an example of the backlash it has received:  “I am very much offended by Sears funding of (SNL’s) anti Christian segment.  If I were NBC I would be scared of the consequences for we serve a powerful and wonderful and great God.”

Another man wrote: “Christians deserve an apology from the company, along with a commitment to pull all funding from this program going forward.”

Sears wrote on its Facebook page on Wednesday that “We did not advertise on that particular episode of SNL. We appreciate your thoughts.”

That remark generated over 680 comments, many of them negative.

Today, the AFA says it received the following communication from Sears:

“Thanks for bringing it to our attention, it wasn’t supposed to happen and we’re taking steps to make sure it doesn’t happen again. Going forward our ads will not run in this form again around SNL.”

The AFA is now going after JC Penney, who they also claim was an advertiser on that SNL episode.  Penney’s Facebook page is now littered with complaints about the skit.

Watch the video and judge for yourself if the skit was out of bounds.