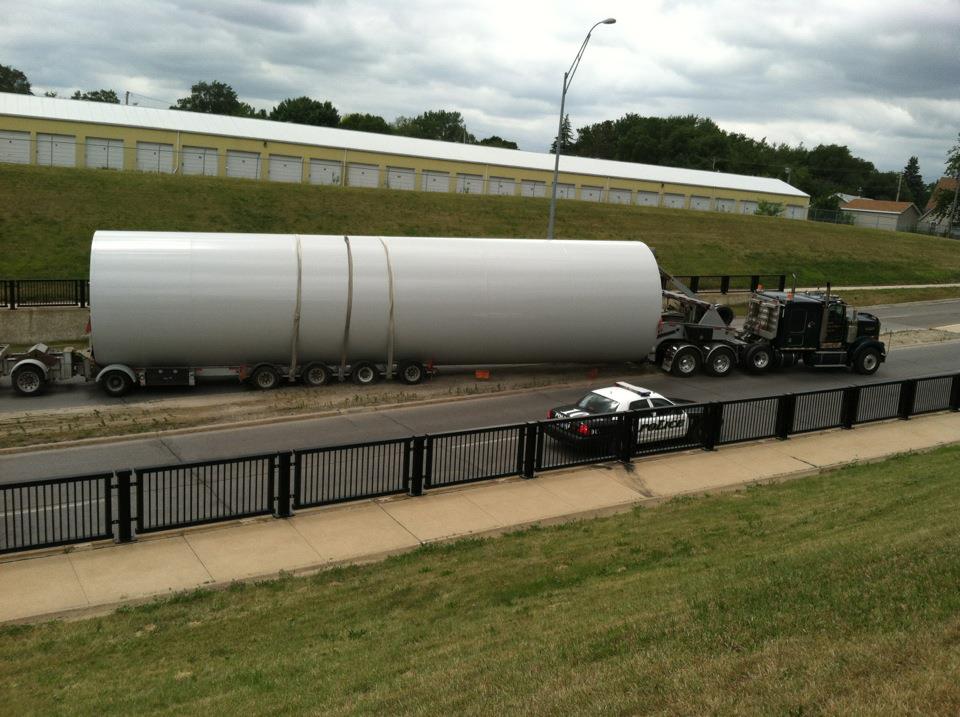 A wind tower truck loaded with a piece of a wind tower was mistakenly led into town by his pilot car.  Old GPS.  Giant load attracted attention.  DOT weighed truck.  Too heavy for streets. They pulled him off 122 at Monroe. Then decided the best way out of town was back the way he came…west on 122. So they had him back up through the intersection at 122 and Monroe and then go back west. The overpass bridge is lower on the north end so traffic was stopped and truck went west in the east bound lanes and then drove over the media to get back in west bound lanes. 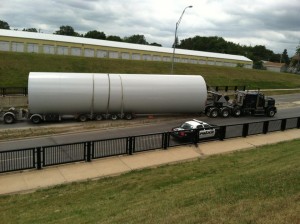 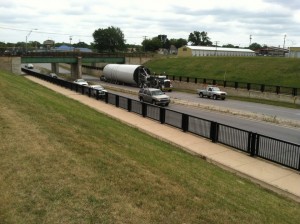