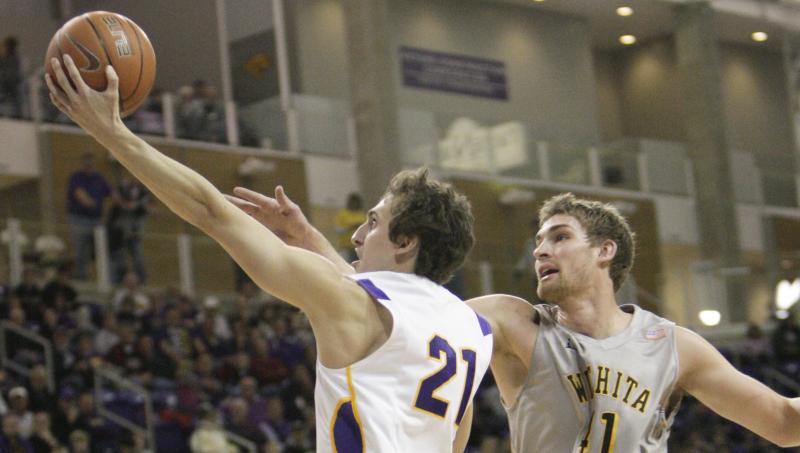 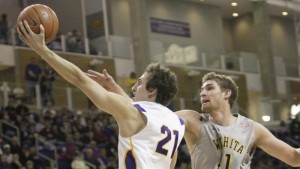 CEDAR FALLS, Iowa – The Wichita State Shockers rallied from an eight-point deficit in the final 10 minutes to score a 71-68 road win over the University of Northern Iowa Panther men’s basketball team on Wednesday in the McLeod Center.

The Shockers improved to 16-3 overall and 7-1 in Missouri Valley Conference play. The Shockers also moved to 6-0 in road games this season.

Wichita State trailed 56-48 with 9:13 to go after UNI freshman Seth Tuttle scored his 15th point of the game. WSU’s Toure’ Murry scored 10 points in the final 7:07 to key the comeback for the Shockers.

Murry put the Shockers ahead to stay with a shot he flipped over his head with his back to the basket. The shot went in and the Shockers had a 67-66 lead. WSU’s Joe Ragland dropped in a pair of free throws with 1:11 left to push the lead to three.

UNI junior guard Anthony James hit a driving layup with 0:44 left to trim the lead back to one at 69-68. But Murry answered on the other end with a jumper in the lane with :12 left to give the Shockers a three-point lead at 71-68.

UNI’s final possession ended with a missed three-pointer from Marc Sonnen off the right wing and the Shockers claimed the road victory.

Murry scored a game-high 24 points on 8-of-10 shooting from the floor and was a perfect 6-for-6 at the foul line. WSU’s Garrett Stutz scored 17 points and grabbed nine rebounds.

UNI will stay home to take on the Drake Bulldogs on Sunday at 7 p.m. The game will be broadcast live on ESPNU from the McLeod Center.

NOTES: UNI’s Johnny Moran set the UNI record for most career starts with 121 … he surpassed the old mark set by Ben Jacobson from 2003-06 at 120 … UNI’s Marc Sonnen drained a 3-pointer for the 14th straight game … UNI has led in all five of its MVC losses this season … UNI and Wichita State tied in the battle of the boards at 29 rebounds apiece … Jake Koch handed out a game-high five assists.